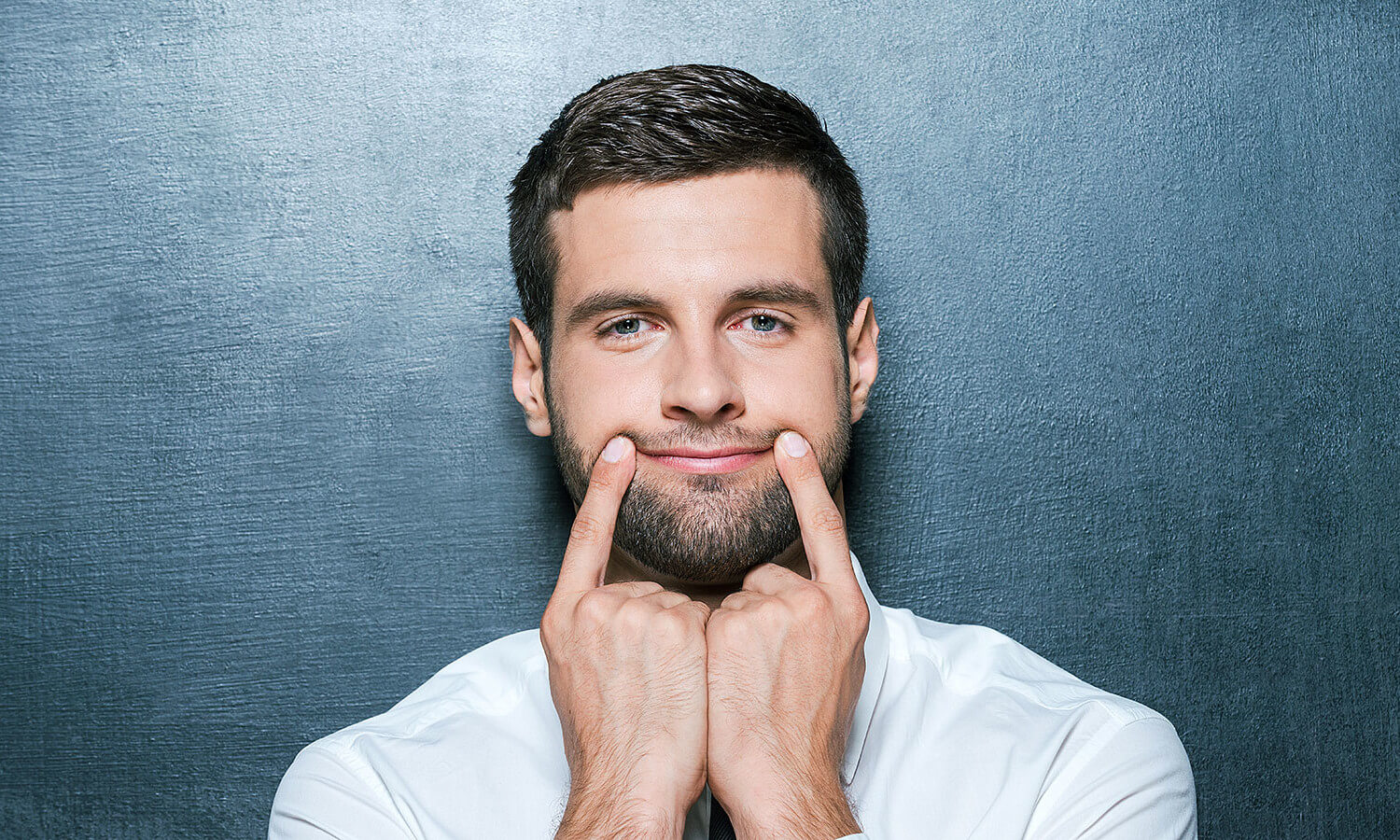 Faking a smile can trick your brain into thinking you're happy and boost your mood.

Science has shown that smiling can lift your mood, lower stress, boost your immune system and possibly even prolong your life. It’s a pretty backward idea. Happiness is what makes us smile; how can the reverse also be true? As Dr. Isha Gupta, a neurologist from IGEA Brain and Spine, explains, a smile spurs a chemical reaction in the brain, releasing certain hormones, including dopamine and serotonin. “Dopamine increases our feelings of happiness. Serotonin release is associated with reduced stress. Low serotonin levels are associated with depression and aggression,” says Dr. Gupta. “Low levels of dopamine are also associated with depression.”

In other words, smiling can trick your brain into believing you’re happy and spur actual feelings of happiness. But it doesn’t end there. Dr. Murray Grossan, an ENT-otolaryngologist in Los Angeles, points to the science of psychoneuroimmunology (the study of how the brain is connected to the immune system), asserting that it has been shown “over and over again” that depression weakens your immune system. In contrast, happiness, on the other hand, has been shown to boost our body’s resistance.

“What’s crazy is that just the physical act of smiling can make a difference in building your immunity,” says Dr. Grossan. “When you smile, the brain sees the muscle [activity] and assumes that humor is happening.”
In a sense, the brain is a sucker for a grin. It doesn’t bother to sort out whether you’re smiling because you’re genuinely joyous or just pretending.

“Even forcing a fake smile can legitimately reduce stress and lower your heart rate,” adds Dr. Sivan Finkel, a cosmetic dentist at NYC’s The Dental Parlour. “A study performed by a group at the University of Cardiff in Wales found that people who could not frown due to botox injections were happier on average than those who could frown.”

And there are plenty more studies out there to make you smile (or at least serve as a reference for why you should). Researchers at the University of Kansas published findings that smiling helps reduce the body’s response to stress and lower heart rate in tense situations; another study linked smiling to lower blood pressure, while yet another suggests that smiling leads to longevity.