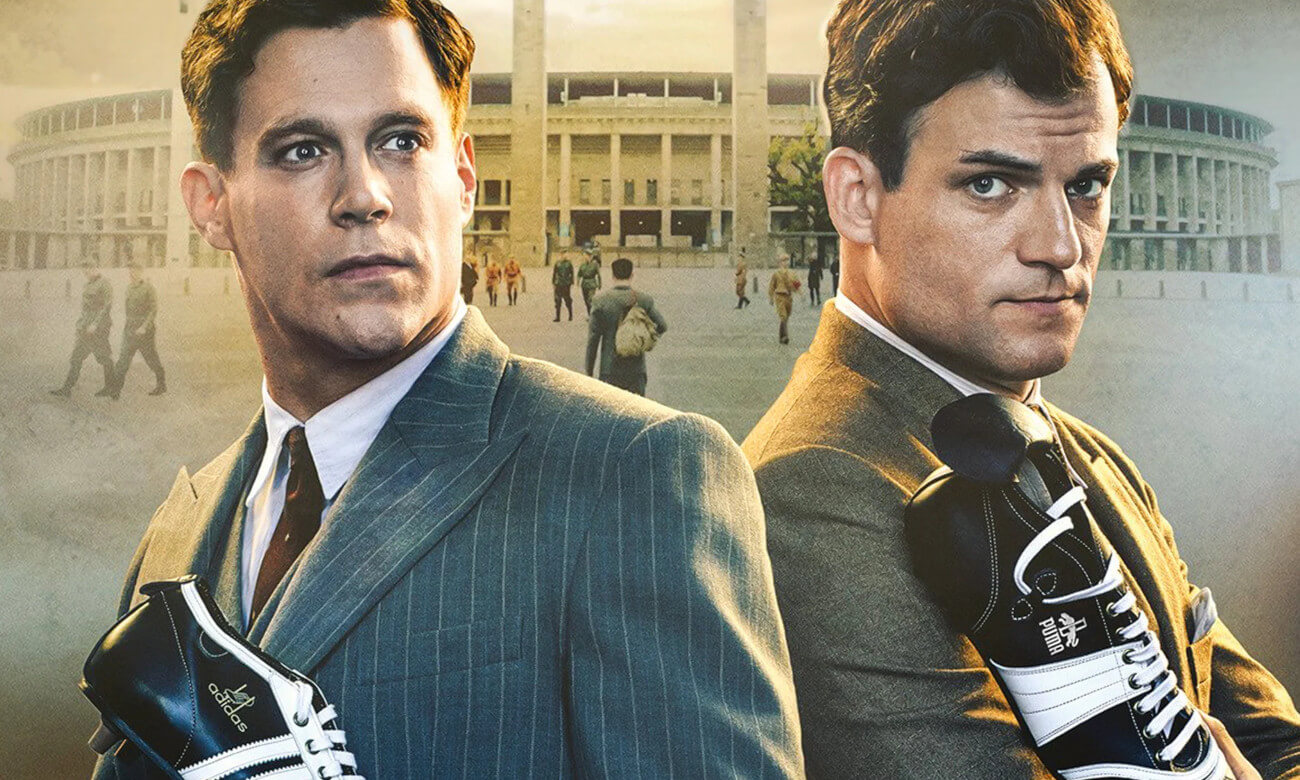 Adidas and Puma are two big sports brands that separated due to misunderstandings between two brothers (Adolf Dassler and Rudolf Dassler).

Rudolf "Rudi" Dassler was a German cobbler and businessman who was the founder of the sportswear company Puma. He was the older brother of Adidas founder Adolf "Adi" Dassler. The brothers were partners in a shoe company Adolf started, "Gebrüder Dassler Schuhfabrik" (English: Dassler Brothers Shoe Factory). Rudolf joined in 1924. However, after a feud developed between them following World War II, the brothers went separate ways and started their respective companies in 1948.

Initially calling the new company "Ruda" (an acronym for Rudolf Dassler), it was soon changed to its present name, Puma. Puma is the native Quechua word for cougar; from there, it went into German as well as other languages.

After his return from World War I, Adolf Dassler, Rudolf's younger brother, started to produce sports shoes in his mother's kitchen. His father, Christoph, who worked in a shoe factory, and the brothers Zehlein, who produced the handmade spikes for track shoes in their blacksmith's shop, supported Adolf in starting his own business. In 1924, Rudolf joined the business, which became the Gebrüder Dassler Schuhfabrik (Dassler Brothers Shoe Factory). With the rise of Adolf Hitler in the 1930s, both Dassler brothers joined the Nazi Party, with Rudolf reputed as the more ardent Nazi.

During the war, a growing rift between the pair reached a breaking point after an Allied bomb attack in 1943 when Adi and his wife climbed into a bomb shelter that Rudolf and his family were already in: "The dirty bastards are back again," Adi said, apparently referring to the Allied war planes, but Rudolf was convinced his brother meant him and his family. Upon his capture by American troops, Rudolf was suspected of being a member of the SS, information supposedly supplied by Adolf. Under his direction, Puma remained a small provincial company. Only under the direction of his son, Armin Dassler, did it become the worldwide known company it remains today.

Lactic acid can build up in the body during strenuous running training, which can change breast milk taste.

Research shows that exercising stimulates the immune system to help fight off colds.

There is a hybrid sport birthed from the comic book of a French artist and filmmaker called Chess Boxing.