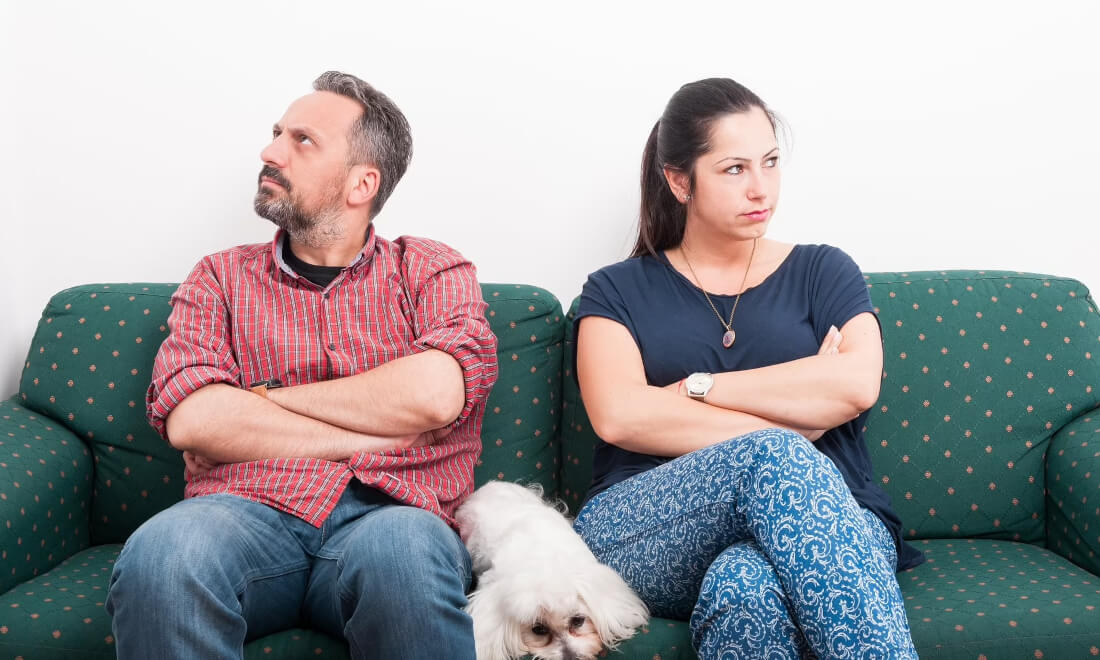 86% of dog owners would break up with their partner if they didn't like their pet.

According to new research, 86 percent of dog owners would break up with their significant other if they weren't into their pups.

The new poll of 3,500 dog owners found many a pup has a say on their owner's romantic life, determining everything from which partners cut just how long the relationship can last.

Four out of five dog owners say their dog's reaction to a new suitor is important in determining whether or not they're a match.

The research commissioned by the on-demand dog walking service Wag! and conducted by OnePoll found that disliking dogs can be a major turn-off more so than not wanting kids, being a bad tipper, and having terrible fashion sense, according to the results.

But pups sometimes don't just stand in the way of romance; they precipitate it too.

Three out of 10 dog owners have used their dog to attract a potential partner, and more than 60 percent said they've been flirted with when walking their pooch.

It turns out the pup magnet is strong: when people used their pooch to attract a potential love interest, they were successful 84 percent of the time.

Dogs can even help attract a potential mate without even meeting.
As dating apps have become increasingly common, 73 percent of dog owners are more likely to 'swipe right on a person's profile photo if it includes their pup.

Our four-legged companions can help seal the deal in more ways: 78 percent of dog parents are more likely to go home with someone if they say they have a dog versus someone who doesn't own a pooch.
Some pooches play a crucial role in making sure romantic relationships last.

One in five dog owners has even gone so far as to stay in a relationship simply because of their partner's dog.

Some dogs really are their owners' most significant other, regardless of marital status.

More than 16 percent of married dog owners said they would choose to celebrate their pup's birthday over their spouse's.

While dog lovers live all across the country, those in the Northeast use their pooches as match-makers the most. More than 25 percent of dog parents in these states found love at a party for a dog.