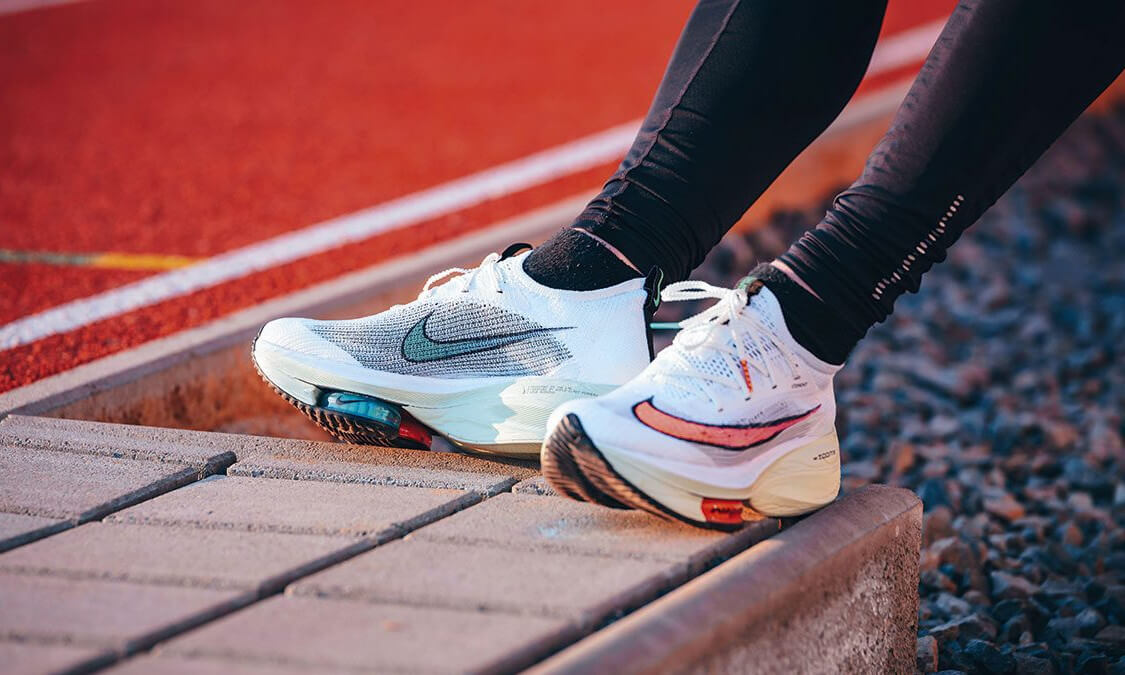 Nike once created a pair of shoes that were so advanced that they were banned from the Olympics because they were considered technological doping.

Runners wearing Nike's Vaporfly shoes took 31 of 36 podium positions at major marathons in 2019. Do they give an unfair advantage? And could it ever be fair?

In October 2019, Kenya's Eliud Kipchoge did what no human had before and ran a marathon in under two hours. His 1:59:40 time came via an average speed of 21.18km/h (try that for 30 seconds next time you're on a treadmill).

But some argue the unofficial record partly derived from the Nike Alphafly shoes he wore. The Alphaflys, or "the shoe that broke running," as sports scientist Dr. Ross Tucker called them, contain tech designed to deliver greater energy return and speed.

Thanks to a trio of carbon plates and a cutting-edge midsole (the cushioning above the tread), although funded by Nike, peer-reviewed studies claimed the shoe served up a 4 percent increase in running efficiency and an estimated 3.4 percent in speed.

However, new guidelines unveiled by World Athletics back in January 2020 saw the Alphaflys banned from elite competition. These new rules outline a shoe must have no more than one carbon-fiber plate, with a midsole height not exceeding 40mm.

But the story doesn't end there. Nike has released an altered version, the Vaporfly, which adheres to the new regulations, and the shoe took 31 of the 36 podium positions at major marathons in 2019. Proponents laud Nike's innovation; critics say it's technological doping.

The World Anti-Doping Agency (WADA) is best known for battling drug cheats. But its remit covers sports equipment too, and WADA will suggest a sport's governing body prohibits a particular item if it's deemed "against the spirit of the sport."

But since most kits are designed to enhance performance, many items fall into a grey area, like Speedo's LZR Racer swimsuit, for example. The body-length suit uses textures based on shark skin to increase buoyancy.

At the 2008 Beijing Olympics, 23 out of the 25 swimming records broken came from athletes wearing the LZR Racer. The suit was banned by swimming's governing body, FINA (Fédération Internationale de Natation), in 2009.

According to the British Journal Of Sports Medicine, the carbon-fiber plate, midsole material, and midsole thickness are at the heart of the Vaporfly's efficiency.

The full-length plate increases the shoe's stiffness and acts as a lever to cut work at the ankle. Nike-funded but peer-reviewed studies claim this increases running efficiency by 1.5 percent.

It isn't easy to pin down the collective advantage each element grants. But for some runners, the stability, energy efficiency, and comfort the shoes provide are more beneficial than others. Improvements in run times range from 6 percent to absolutely nothing.

Lactic acid can build up in the body during strenuous running training, which can change breast milk taste.

Research shows that exercising stimulates the immune system to help fight off colds.

There is a hybrid sport birthed from the comic book of a French artist and filmmaker called Chess Boxing.