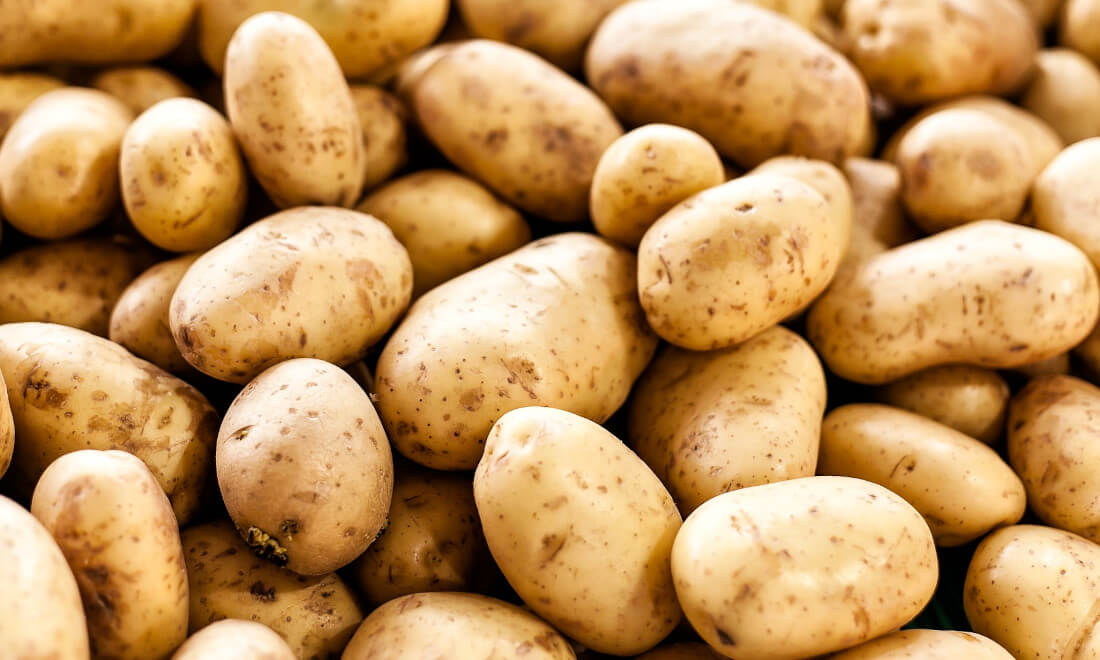 Potatoes have been one of mankind's most important food staples for the past millennium. First cultivated on the Titicaca Plateau in the Andes Mountains of Peru and Bolivia where they formed the basis of both the Inca and Aymara Indian diet. The Aymara Indians developed more than two hundred varietes of the potato at elevations higher than 10,000 feet.

Potatoes were also an important influence on the Inca culture. Potato-shaped pottery are commonly found at excavated sites and there is actually some evidence that the Inca units of time correlated to how long it took for a potato to cook to various consistencies. Potatoes were even used to predict the weather and to decide what was true and what was not.

Even though the Spanish conquistadors did not find the gold and silver they were looking for in South America they did find the potato and brought it with them to Europe. The spanish noticed that the sailors who ate potatoes did not suffer from scurvy and potatoes were soon a standard supply item on the Spanish ships.

The potato was somewhat slow to catch on in Europe, in part because people realized that it was a member of the nightshade family, most of which are very poisonous. However people did start growing potatoes in Spain and nearby countries in the mid and late 1500's. But it was not until the potato was introducted in Germany in the 1620's that the nutritional properties of the potato were finally acknowledged. Frederick the Great, the Prussian ruler, ordered his people to plant and eat them as a deterrent to famine, a common and recurrent problem of that period. The people's fear of poisoning led him to enforce his orders by threatening to cut off the nose and ears of those who refused. The tactic was, not surprisingly, very effective and in the middle of the next century the potato was a basic part of the Prussian diet.

The potato was introduced in England and Ireland in the early and mid 1700's and then brought by Irish immigrants to North America. Again, potatoes were slow to gain popularity and Americans still don't eat as many potatoes as for example the Germans and Scandinavians.

The potato is about 80% water and 20% solids. An 8-ounce baked or boiled potato has only about 100 calories. The average American eats 137.9 pounds of potatoes each year. The world's largest potato chip was produced by the Pringle's Company in Jackson, TN in 1990. It measures 23" x 14.5". In 1974, an Englishman named Eric Jenkins grew 370 pounds of potatoes from one plant.