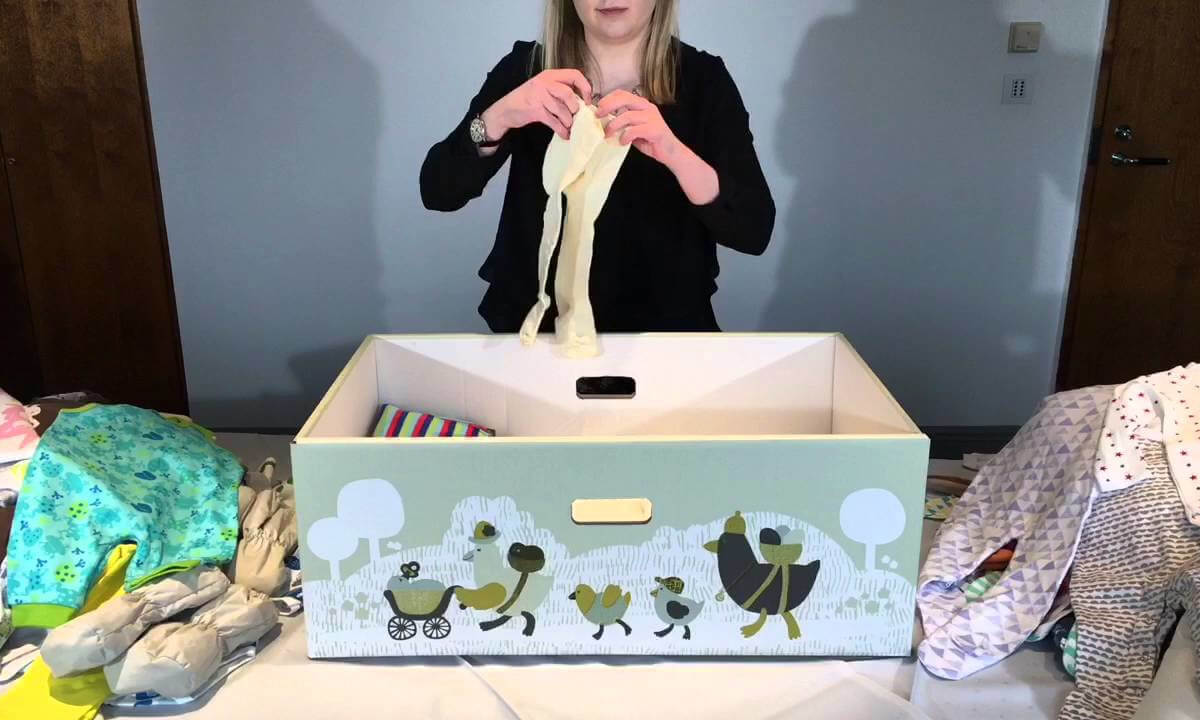 Traditionally, Finland's expectant mothers have been given a box by the state. It's like a starter kit that can even be used as a bed. It helped Finland achieve one of the world's lowest infant mortality rates.

For years, Finland's expectant mothers have been given a box by the state. It's like a starter kit of clothes, sheets, and toys that can even be used as a bed. And some say it helped Finland achieve one of the world's lowest infant mortality rates.

It's a tradition that dates back to the 1930s and it's designed to give all children in Finland, no matter what background they're from, an equal start in life.

The maternity package a gift from the government is available to all expectant mothers.

It contains bodysuits, a sleeping bag, outdoor gear, bathing products for the baby, as well as nappies, bedding, and a small mattress.

With the mattress at the bottom, the box becomes a baby's first bed. Many children, from all social backgrounds, have their first naps within the safety of the box's four cardboard walls.

Mothers have a choice between taking the box, or a cash grant, currently set at 140 euros, but 95% opt for the box as it's worth much more.

The tradition dates back to 1938. To begin with, the scheme was only available to families on low incomes, but that changed in 1949.

"Not only was it offered to all mothers-to-be but new legislation meant to get the grant, or maternity box, they had to visit a doctor or municipal pre-natal clinic before their fourth month of pregnancy," says Heidi Liesivesi, who works at Kela - the Social Insurance Institution of Finland.

So the box provided mothers with what they needed to look after their babies, but it also helped steer pregnant women into the arms of the doctors and nurses of Finland's nascent welfare state.

In the 1930s Finland was a poor country and infant mortality was high - 65 out of 1,000 babies died. But the figures improved rapidly in the decades that followed.

Mika Gissler, a professor at the National Institute for Health and Welfare in Helsinki, gives several reasons for this, the maternity box and pre-natal care for all women in the 1940s, followed in the 60s by a national health insurance system and the central hospital network.

Baby cages hanging out the window were used in America in the 1920s.

Babies have accents. French babies' cries will end with a rising note, while German babies will have a dropping note at the end.

It's not true that babies are born with the ability to swim.