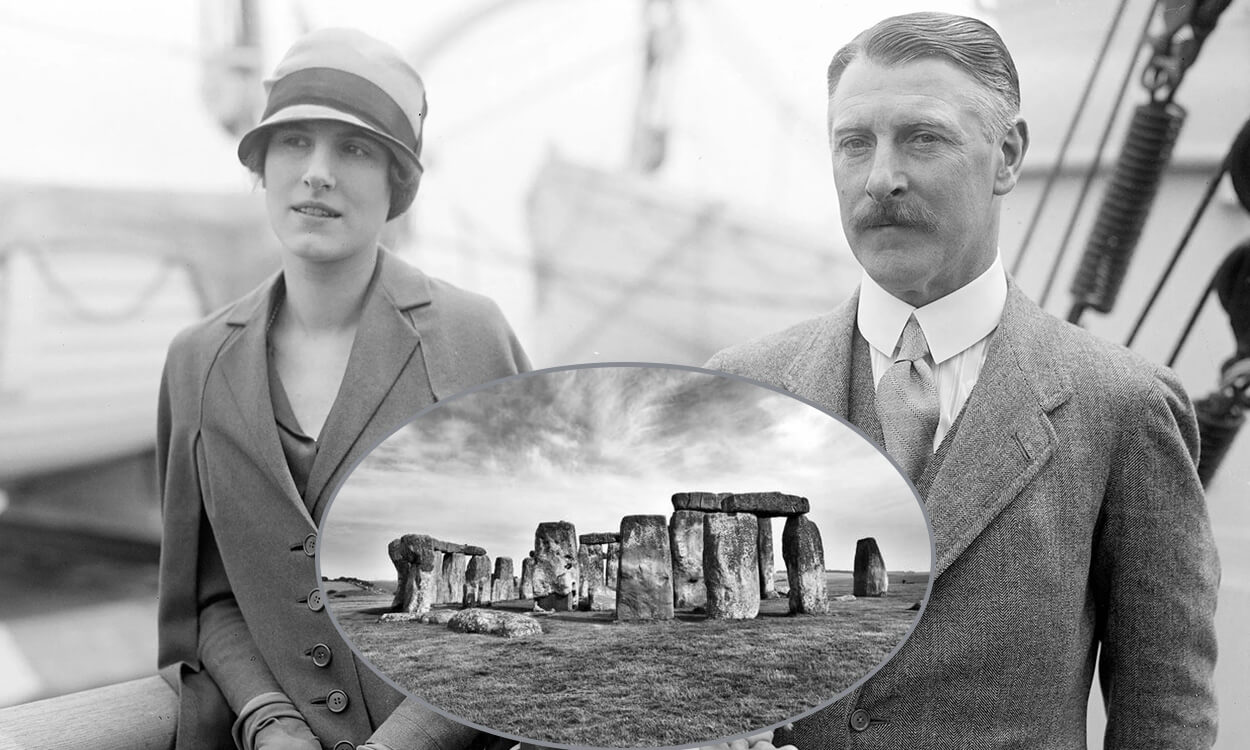 Stonehenge as a Gift

At a 1915 auction, Cecil Chubb bought Stonehenge as a gift for his wife, but she got angry because she had sent him to buy some dining chairs.

Stonehenge as a Gift

Like most of the bargain-hunters who packed the Palace Theatre in Salisbury, England, on the afternoon of September 21, 1915, Cecil Chubb was looking for a deal. Legend says the wealthy 39-year-old lawyer had been dispatched by his wife to purchase a set of dining chairs, but that all changed when auctioneer Howard Frank announced lot number 15 “Stonehenge with about 30 acres, 2 rods, 37 perches of adjoining downland.”

It may be hard to imagine the world’s most famous prehistoric monument, now a UNESCO World Heritage Site, for sale to the highest bidder, but that’s what happened when the extensive estate of Sir Edmund Antrobus went under the gavel just months after his death a century ago. What may be even harder to imagine is that Frank found no eager buyers when he opened the bidding at £5,000.

“Surely someone will offer me £5,000,” the auctioneer intoned after being greeted with silence. As he peered out at the crowd, Frank was relieved to finally see a hand raised in the air. The bidding reached £6,000 before hitting another lull. “Gentlemen, it is impossible to value Stonehenge,” Frank said. “Surely £6,000 is poor bidding, but if no one bids me anymore, I shall set it at this price. Will no one give me any more than £6,000 for Stonehenge?”

Someone did, Chubb. When the auctioneer finally lowered his gavel, Stonehenge had been sold for £6,600 (slightly more than $1 million in today’s money). Chubb, who was born only three miles from Stonehenge, told a local newspaper that he had no intention of purchasing the Neolithic relic when he entered the theater but did so on a total whim. “While I was in the room, I thought a Salisbury man ought to buy it, and that is how it was done,” he said.

Stonehenge was certainly a fixer-upper by the time Chubb took the deed. The monument, which had been privately owned since King Henry VIII confiscated it from a nearby Benedictine abbey around 1540, had been drawing curious visitors since Roman times. Nineteenth-century souvenir hunters armed with chisels regularly took chips off the old blocks and etched their names in the ancient stones. In 1900, an outer sarsen upright stone and an enormous lintel crashed to the ground, while wooden planks propped up other stones. The following year, Antrobus, whose family had purchased Stonehenge in the early 1800s, fenced off the monument and began to charge a 1-shilling admission to pay for a guard and a restoration of the neglected ruin.

Reportedly, the lawyer’s wife, Mary, was not thrilled with his monumental buy, perhaps because she still pined for that dining room set which made it an easier decision when Chubb gifted Stonehenge to the British people in October 1918.

In return for his gift, Chubb received the title “First Baronet of Stonehenge,” but locals dubbed Sir Cecil “Viscount Stonehenge.” Chubb, who died at the age of 58 in 1934, stipulated in his donation that those who lived near Stonehenge should receive free admission to the monument. To this day, around 30,000 of the 1.3 million people who visit annually can do so without paying the admission fee, thanks to the impulse buy of Stonehenge’s last private owner.