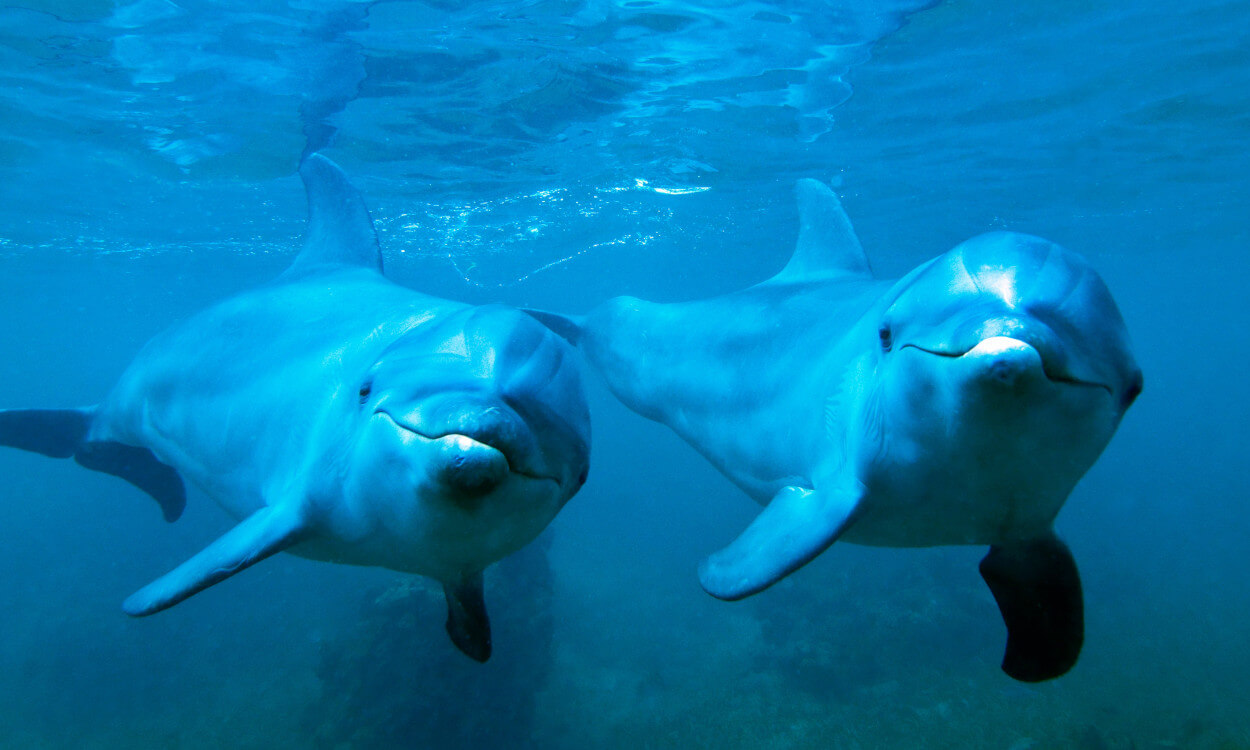 Dolphins can recognize each other by the taste of their pee, and urine-tasting behavior is also linked to "name" recognition.

Dolphins get to know their friends by tasting their pee, a study found. By sampling sips of each other's urine, dolphins demonstrated a type of social recognition that begins with an exchange of whistles that are unique to specific individuals much like human names.

Scientists have long known that dolphins identify themselves using so-called signature whistles that are different for each dolphin and that they address one another by imitating such whistles. But researchers were uncertain if this copying showed that dolphins associate signature whistles with individual identity or with a more general concept such as "friend."

Recently, scientists learned that not only do bottlenose dolphins demonstrate name recognition, but they also replicate this recognition with another sense: taste.

By tasting each other's urine and recognizing the source, the dolphins showed that they could keep track of dolphin identities using two types of sensory input. This means the animals could create and store mental concepts of other dolphins, according to the new study.

Researchers discovered that dolphins do this kind of identification via pee-tasting while investigating if the animals are truly calling each other by name when they copy whistles. The scientists conducted what is known as a cross-modal study, in which experiments test if an animal can recognize an object or another animal across multiple cues received from different senses.

Researchers also found that dolphins spent roughly three times as long sampling urine from unfamiliar dolphins as they did from familiar ones; this suggested that the animals could identify known fellows by taste.