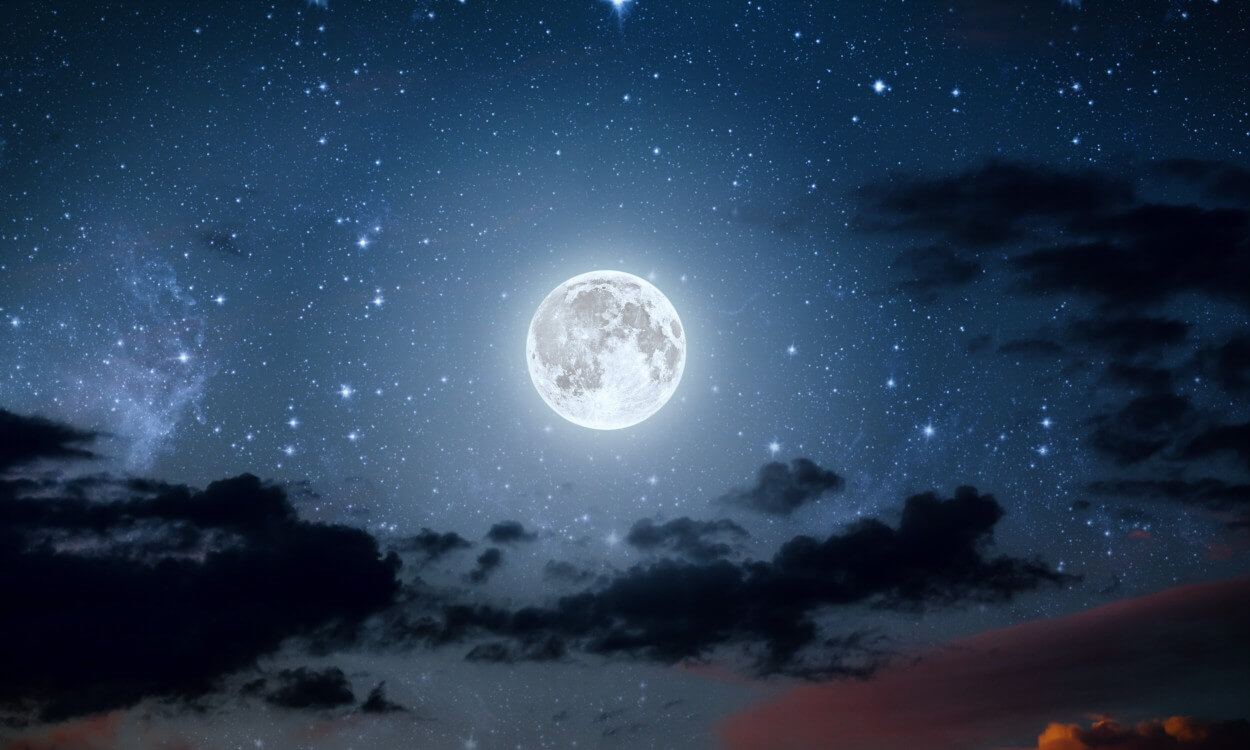 Without the moon, a day on earth would only last six to twelve hours.

The moon can appear full, shining like a beacon in the night or just a sliver of a nightlight. Still, it's always there. But what if we didn't have a moon?

Nights would be much, much darker. The next brightest object in the night sky is Venus. But it still wouldn't be enough to light up the sky. A full moon is nearly two thousand times brighter than Venus is at its brightest.

Without the moon, a day on earth would only last six to twelve hours. There could be more than a thousand days in one year! That's because the Earth's rotation slows down over time thanks to the gravitational force or pull of the moon and without it, days would go by in a blink.

Moonless earth would also change the size of ocean tides making them about one-third as high as they are now. Forget about seeing any lunar eclipses or any solar eclipses without the moon, there would be nothing to block the sun.

Without a moon, the tilt of our earth's axis would vary over time. This could create some very wild weather. Right now, thanks to our moon, our axis stays tilted at twenty-three point five degrees. But without the moon, the earth might tilt too far over or hardly tilt at all leading to no seasons or even extreme seasons.