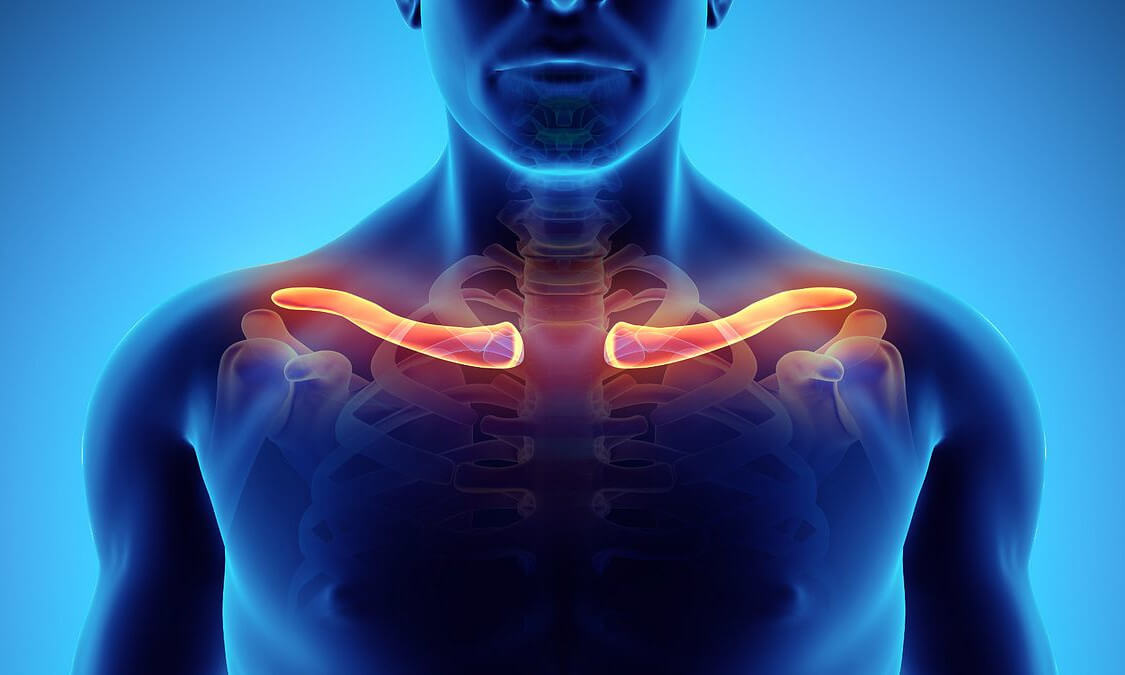 The collarbone is the only long bone that lies horizontally in the human skeleton. It is also the last bone to complete growth, around 25 years of age.

The clavicle, also colloquially known as the collarbone, is the only bone connecting the pectoral girdle to the axial skeleton and is the only long bone that lies horizontally in the human skeleton.

The clavicle is rough "S-shaped" with a flattened, concave, lateral one-third and a thickened, convex, medial two-thirds. The shaft connects the sternal (medial) end and the acromial (lateral) end. On the inferior surface of the lateral third is the conoid tubercle for the attachment of the conoid ligament and lateral to this is the trapezoid line for attachment of the trapezoid ligament, both constituting the coracoclavicular ligament.

On the inferior surface of the medial clavicle are the costal tuberosity and subclavian groove, which form the attachment sites for the costoclavicular ligament and subclavius muscle, respectively.

The female clavicle is shorter, thinner, less curved, and smoother than the male clavicle.