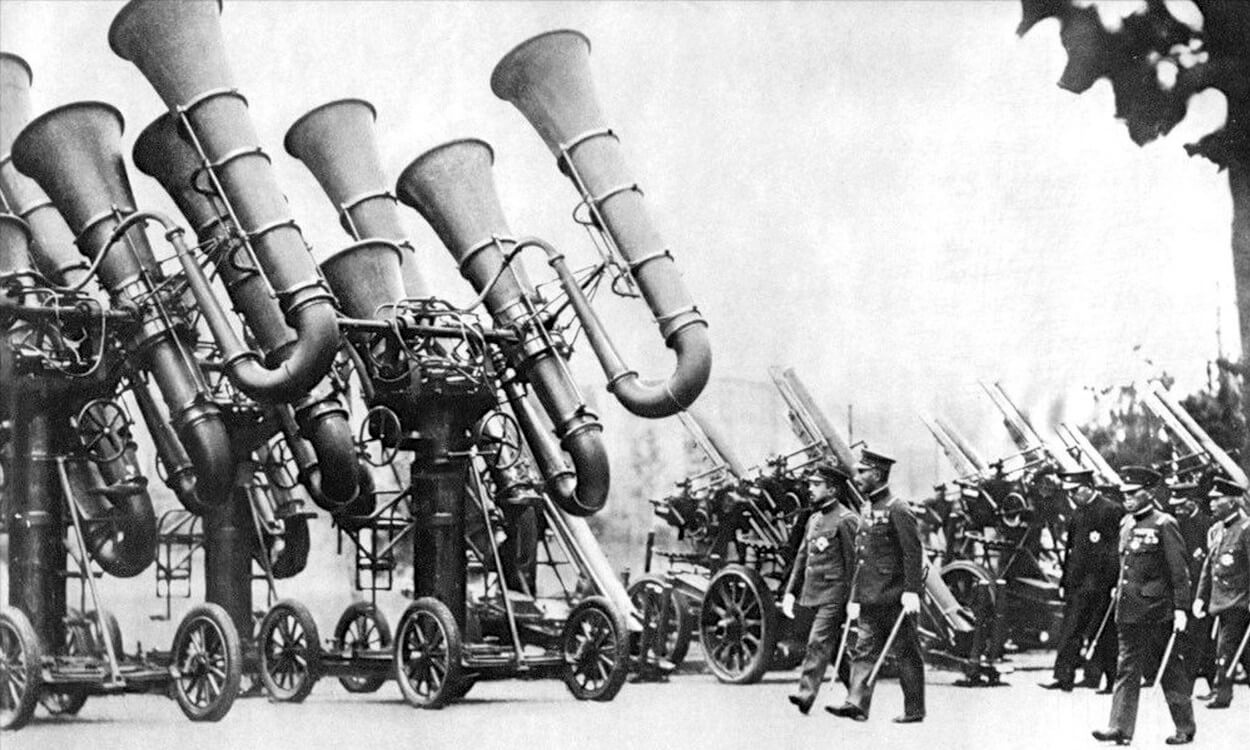 Before the invention of radar during World War II, incoming enemy aircraft were spotted using "sound locators" that looked more like musical instruments than tools of war.

Before the invention of radar during World War II, incoming enemy warplanes were detected by listening with the aid of "sound locators" that looked more like musical instruments than tools of war.

These radar forerunners, which earned the nicknames "war tubas" or "sound trumpets," were first used during World War I by France and Britain to spot German Zeppelin airships. Essentially, the purely mechanical devices were large horns connected to a stethoscope.

'Panthéon de la Guerre' at 100: The colossal war painting that time forgot
"It was a development of artillery sound ranging," explained Phil Judkins, a war historian and Visiting Fellow at the University of Leeds, during a phone interview.

"It had been noticed for quite some time that you could locate a gun if two or three or four different people listening to the gunshot each took a bearing." Combining the bearings or the measurements of direction between two points would give the gun's location. That same process was then applied to listening for aircraft.

A common configuration of the device had three horns arranged vertically plus an extra one to the side. The central one in the set of three and the lateral one were used to get the aircraft's bearing, while the remaining two were used to estimate its height. The operators would listen in through the stethoscope and tilt the horns until they got the loudest sound.

"That will then give you the direction, and with a little trigonometry, it will give you the aircraft's height," said Judkins.

The Taj Mahal was covered with a scaffold during WWII to make it look like a stockpile of Bamboo and misguide any enemy bombers.

During WW2, a Japanese Consul saved 6,000 Jews from the Holocaust by writing them all Visas to Japan even after the government told him not to.

With at least 500 confirmed kills during the Winter War of 1939–40 between Finland and the Soviet Union, Simo Häyhä has been recorded the deadliest sniper in history.