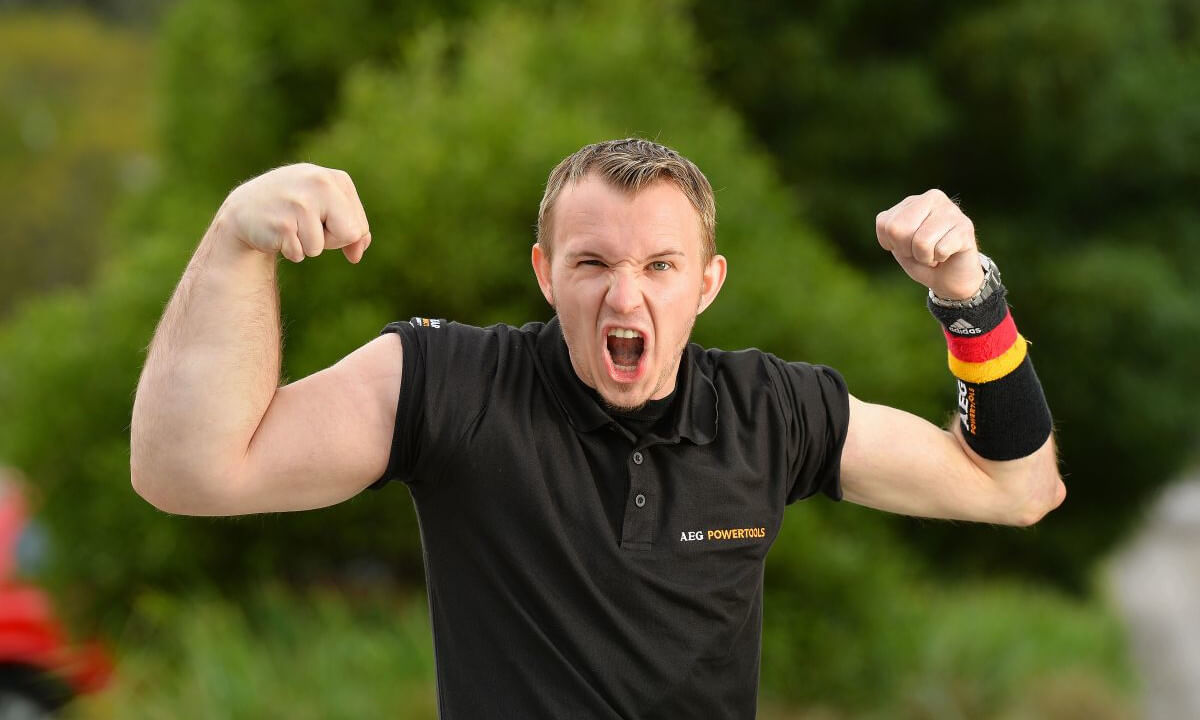 Matthias Schlitte was born with a giant right arm due to a rare genetic defect, while his left was normal.

Matthias "Hellboy" Schlitte is a German arm-wrestling phenomenon with one enormous arm. While his left arm is normal size, Schlitte's right is Popeye-like due to a rare genetic defect that makes his right forearm bone 33 percent larger than his left.

Schlitte first hit the arm wrestling circuit as a 16-year-old on his mother's advice and was ridiculed because of his light 65kg.

But what his competitors didn't realize is that much of that weight was taken up by his right limb.

"It was in 2004, and my mother found a flyer in a petrol station, and the flyer was looking for an arm wrestler for men of up to 90kg," Schlitte told.

"I was 16, and I went into this small bar in Haldensleben, and I only weighed 65kg. All these bigger men were laughing at me, but when I beat them, all the men changed from laughing to respect, and the rest is history."

The 27-year-old is now 11 years into his arm wrestling career and is a seven-time German champion and 14-time international champion.
"I first discovered I could use my gift when I was three years of age," Schlitte added.

"We had a family oven at home in Germany, and I picked up a rather large bucket of coal for the oven and carried it around for my mother, which was probably very uncommon for a three-year-old.

"Everyone has a challenge in life. I'm not a religious guy or anything, but this was a gift from a higher power, and this was my calling in life."

According to scientist and photographer Dr. Roger Clark, the human eye's resolution is 576 megapixels.

In 2007, Doctors at Vancouver's St. Paul's Hospital came across something weird when they tried to put an arterial line into a patient: his blood was dark green.

Capsula Mundi is an egg-shaped biodegradable burial pod that turns your body into a tree.