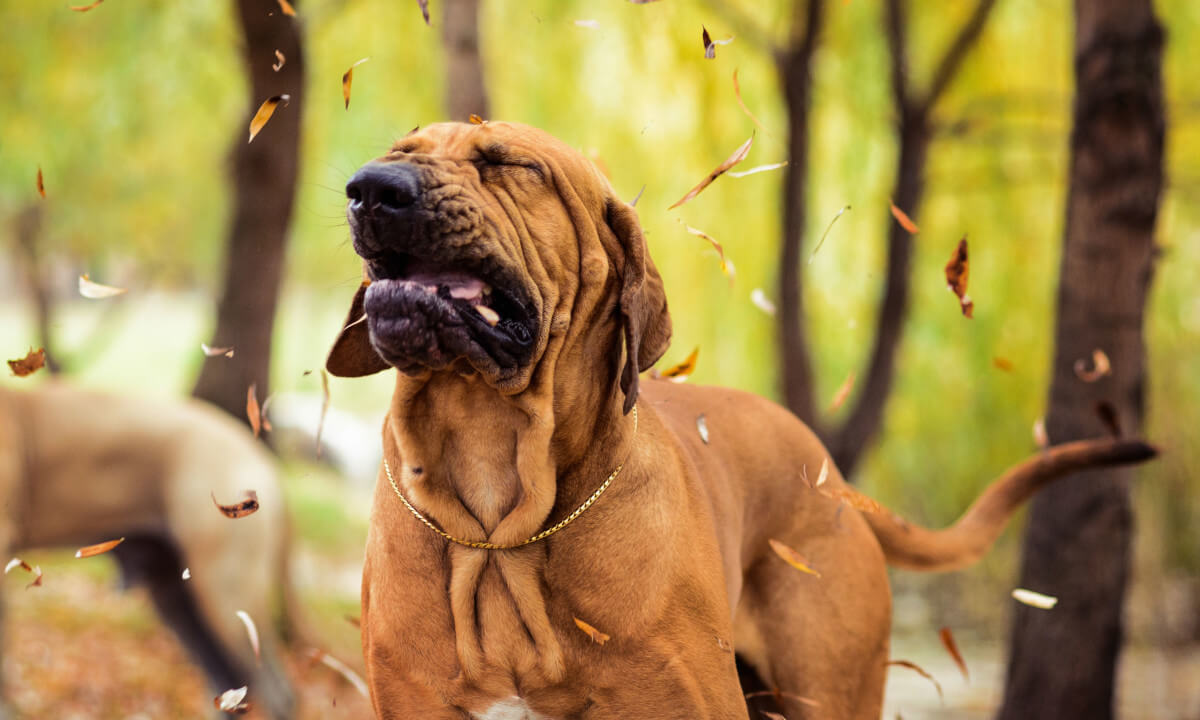 Dogs "play sneeze" when they're feeling excited or playful. "Play sneezes" mean your dog is having a good time and indicate to other dogs that their behavior only plays.

Dog sneezes are common and often cute! Our canine companions squeeze their eyes shut and scrunch up their noses right before a big achhoooo. But there are many reasons dogs sneeze, ranging from playful behavior and communication to more serious reasons health concerns. You could even say it’s nothing to sneeze at.

Just like humans, dogs sneeze for lots of reasons. Some sneezes are more serious than others. The most common reason dogs sneeze is because they inhale something irritating that’s stuck in their nose; this is why dogs sneeze after sticking their snout into the grass or digging in the dirt. Sometimes they’ll smell something irritating, like perfume, household products, cleaners, or dust that makes them sneeze.

Dogs use their sneezes to communicate with humans and other animals. Sneezes are just one communication method, just like a dog’s body language or facial expressions. In fact, one 2017 study found that wild African dogs used sneezes for negotiating that shaped collective decision-making. When dogs play together, they constantly communicate through sneezes. Dogs will also use sneezes as a “calming signal” to show that they need to slow down, take a break, or express that they are comfortable with what’s happening.

Many dogs like to sneeze when they play with other dogs or humans. This “play sneezing” is normal and something dogs use to show that they are excited and having a good time. Dogs will also use play sneezing to show that their behavior is only playful. Dogs also tend to curl their lips while playing a fun activity. This lip curl creates a wrinkled nose that can cause their body to erupt in a sneeze. Playful sneezes tend to be a short snort from the nose instead of the lungs.

Sneezing is actually healthy because the body is doing what it needs to do. It can also be a symptom of a mild health condition, like a cold. But sometimes, it can be a sign of more serious teeth or nasal passage problems. There may be a nasal obstruction ranging from a piece of grass to a cancerous tumor.