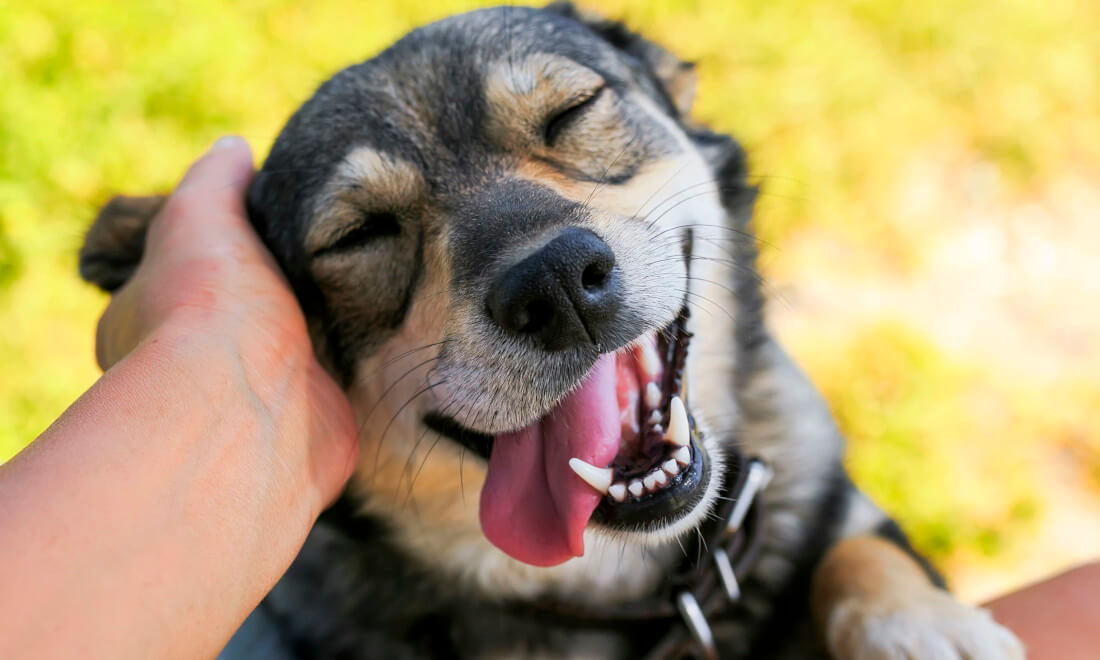 About twenty percent of dogs love being praised more than they love food.

When your dog greets you and covers you in sloppy kisses, do you ever wonder if it's because she loves you or she just wants a taste of your lunch?

A study from Emory University solidifies what we already knew or at least hoped our dogs really do love and adore us. As part of the research, neuroscientists used an MRI machine to scan the brains of dogs to find out what goes on in their puppy brains. It turns out all those tail wags are because they love us, and it's not because we are the ones pouring their dog food.

Gregory Berns oversaw the study, and the inspiration came when he lost his own four-legged companion. "A year earlier, my favorite dog, a pug named Newton, had died. I thought about him a lot. I wondered if he'd loved me or if our relationship had been more about the food I'd provided," he said.

For the study, 90 dogs were examined after they'd been acclimated to the loud sounds of an MRI machine. The researchers actually waited months for this to happen to detect a dog's feelings from the scans accurately.

Researchers learned the canine prefrontal lobe activity was similar to humans during the study; this means dogs use the same parts of their brains for problem-solving as we do.

Now it was time to bring out the treats or, in this case, the hot dogs. Berns alternated giving the dogs hot dogs and praising them for comparing the neurological responses.

"When we compared their responses and looked at the rewards center of their brains, the vast number of dogs responded to praise and food equally," Berns says. "Now, about 20 percent had stronger praise responses than food. From that, we conclude that the vast majority of dogs love us at least as much as food."

For Berns, he feels confident his dog did love him, and the research backs him up. "This research makes it clear that animals have brains with the capacity to feel many of the emotions we do." So go ahead, give your dog a few extra snuggles tonight because she loves you more than she loves any old dog treat.