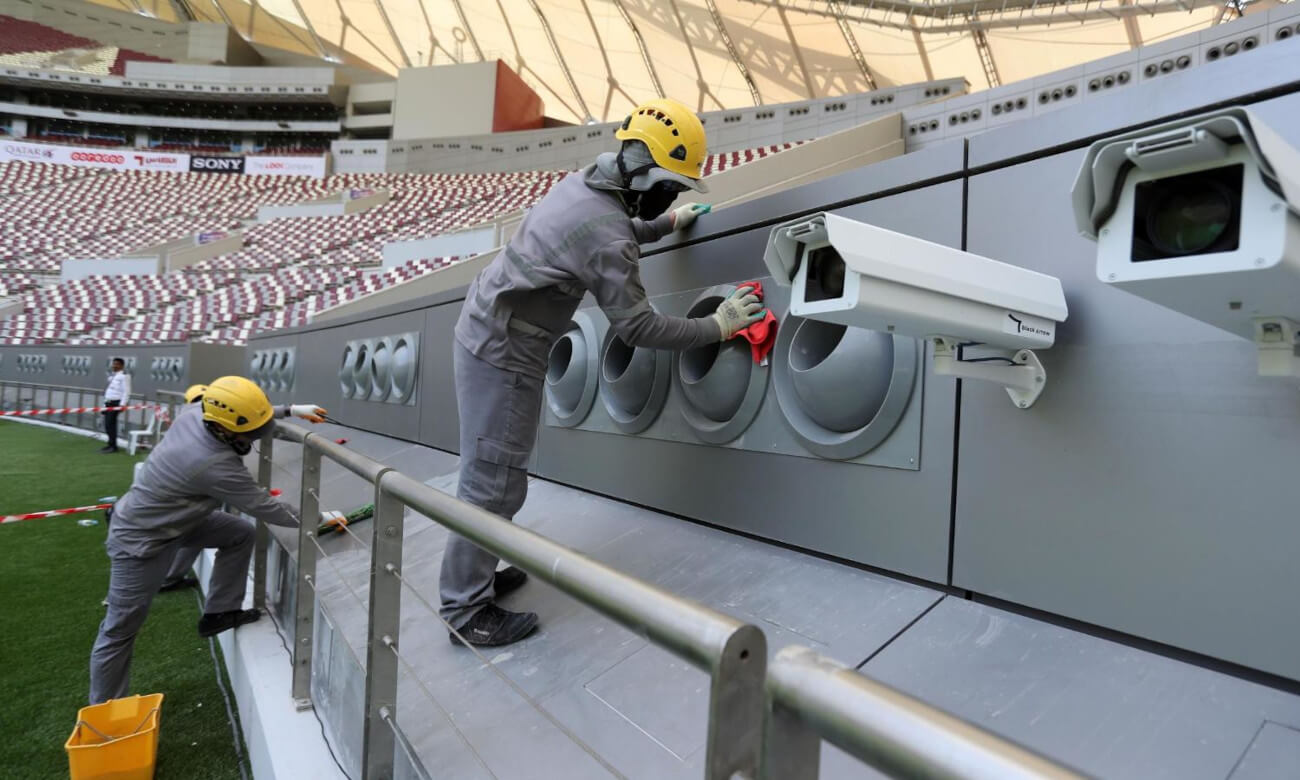 All of Qatar's eight World Cup stadiums have fully-functional air conditioning for the showpiece. For the first time ever, the World Cup takes place in the winter because of the red hot climate in the Middle Eastern country.

In June and July, the typical period for the tournament, average temperatures in Qatar are an insane 42 degrees celsius hence the football festival being moved to November and December. But even then, temperatures are 24 degrees celsius, so Qatar has had to introduce measures to further cool their stadia for players and fans.

They have installed air-conditioning in every stadium, pumping in the cool air courtesy of grills in the stands and nozzles on the pitch. The cooling technology, which involves the use of solar energy, was developed with the assistance of Qatar University.

But it was Dr. Saud Abdulaziz Abdul Ghani, Professor at the College of Engineering at the university and aptly nicknamed 'Dr. Cool', who led the whole thing.

"We are not just cooling the air. We're cleaning it," he explained in an interview with FIFA.com.

"We're purifying the air for spectators. For example, people who have allergies won't have problems inside our stadiums as we have the cleanest and purest air there is.

"Pre-cooled air comes in through grills built into the stands and large nozzles alongside the pitch. Using the air circulation technique, cooled air is then drawn back, re-cooled, filtered, and pushed out where it is needed.

"The most important thing to cool effectively is that you don't want the outside wind to enter the stadium. That's why the size and design of the stadium have to be studied and altered accordingly so that they block warm air from entering the stadium."