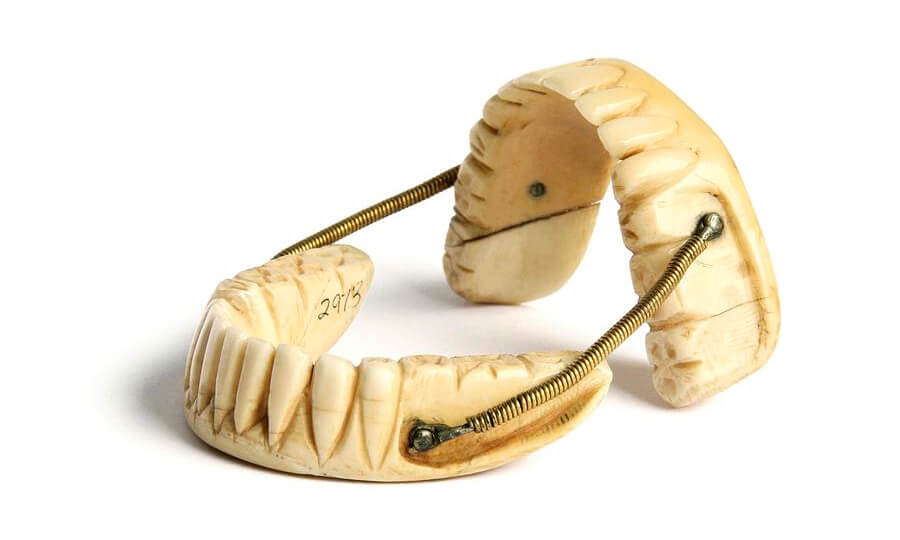 The Teeth of Dead Soldiers

Before modern dentures were invented, teeth from dead soldiers were used as prosthetic teeth.

The Teeth of Dead Soldiers

In 1815, dentistry, as we know it today, was in its infancy, and the mouths of the rich were rotten. So they took teeth for their dentures from the bodies of tens of thousands of dead soldiers on the battlefield at Waterloo.

In the 1780s, an ivory denture with human teeth could cost over £100. Without human teeth, it was cheaper but still financially out of reach for most people. Despite the huge cost, because the dentures were likely to have been put into unhealthy mouths, they probably would not have lasted very long.

Ingenious for the time, but likely to be very uncomfortable to wear, awkward to eat with, and prone to falling out easily.

And so, human teeth, set in a denture, were more desirable. But the number of live donors was finite, and grave robbers could offer only limited supplies.

The prospect of thousands of British, French, and Prussian teeth sitting in the mouths of recently-killed soldiers on the battlefield at Waterloo was an attractive one for looters.

There were lots of bodies in one place and above ground. The teeth would have been pulled out with pliers by surviving troops and locals, and scavengers who had traveled from Britain.