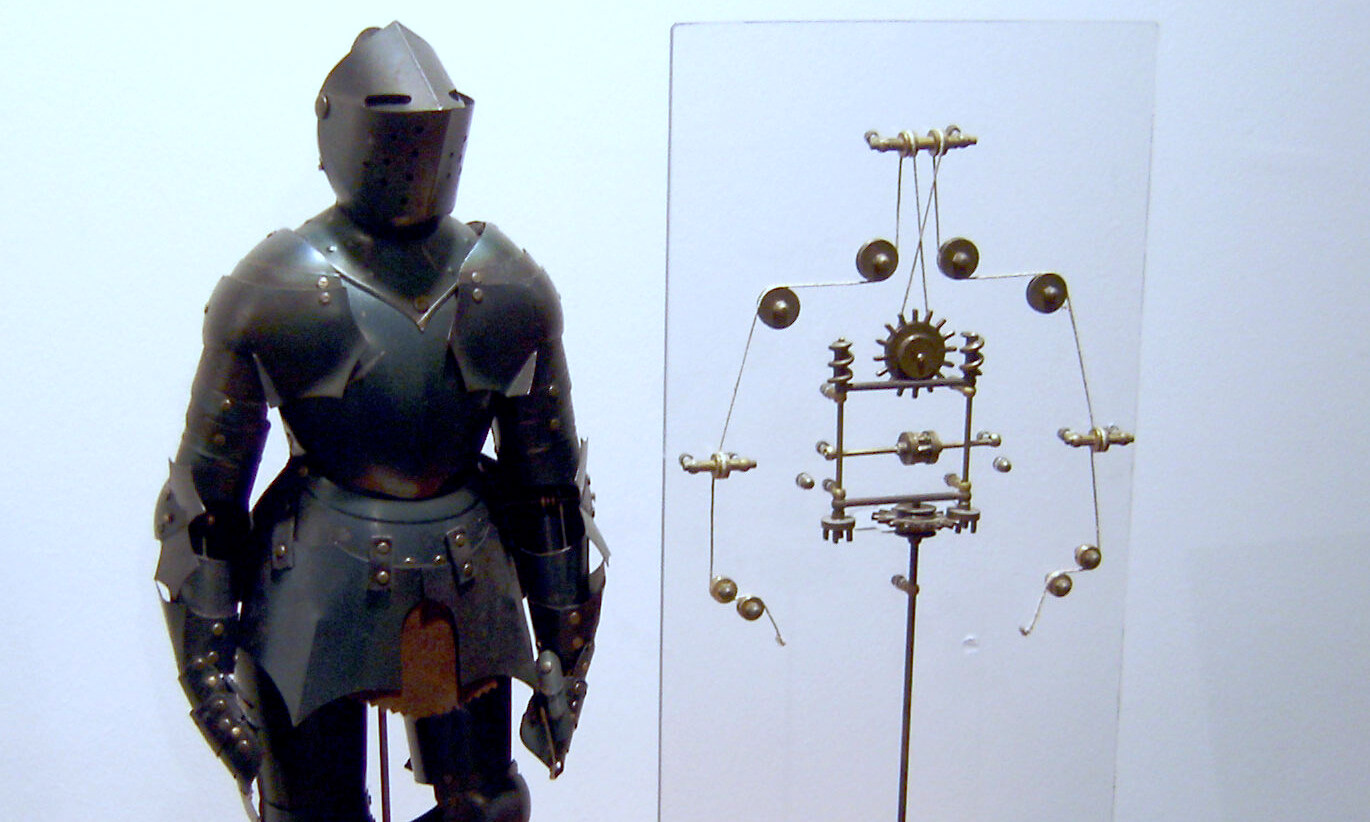 Leonardo da Vinci had many ideas with his innovative, engineering mind that employed pulleys, weights, and gears. Certainly, these three components were crucial to many of his mechanical inventions, including his versions of the clock, air conditioner, and hydraulic power saw.

Da Vinci also incorporated these mechanisms into his self-propelled cart invention, which many people consider the first robot. But da Vinci used the parts to create another robot, his Robotic Knight. Though a complete drawing of da Vinci’s robotic knight has never been recovered, fragments detailing different aspects of the knight have been found scattered throughout his notebooks.

Designed for a pageant in Milan (which the Duke had put Leonardo in charge of overseeing), the Robotic Knight consisted of a knight suit filled with gears and wheels that were connected to an elaborate pulley and cable system. Through these mechanisms, da Vinci’s robotic knight was capable of independent motion; sitting down, standing up, moving its head, and lifting its visor.

Using several different da Vinci drawings as blueprints, roboticist Mark Rosheim built a prototype of the robotic knight in 2002, which was able to walk and wave. Rosheim noted how da Vinci had designed the mechanical knight to be easily constructed without a single unnecessary part. Rosheim also used da Vinci’s designs to inspire robots he developed for NASA.