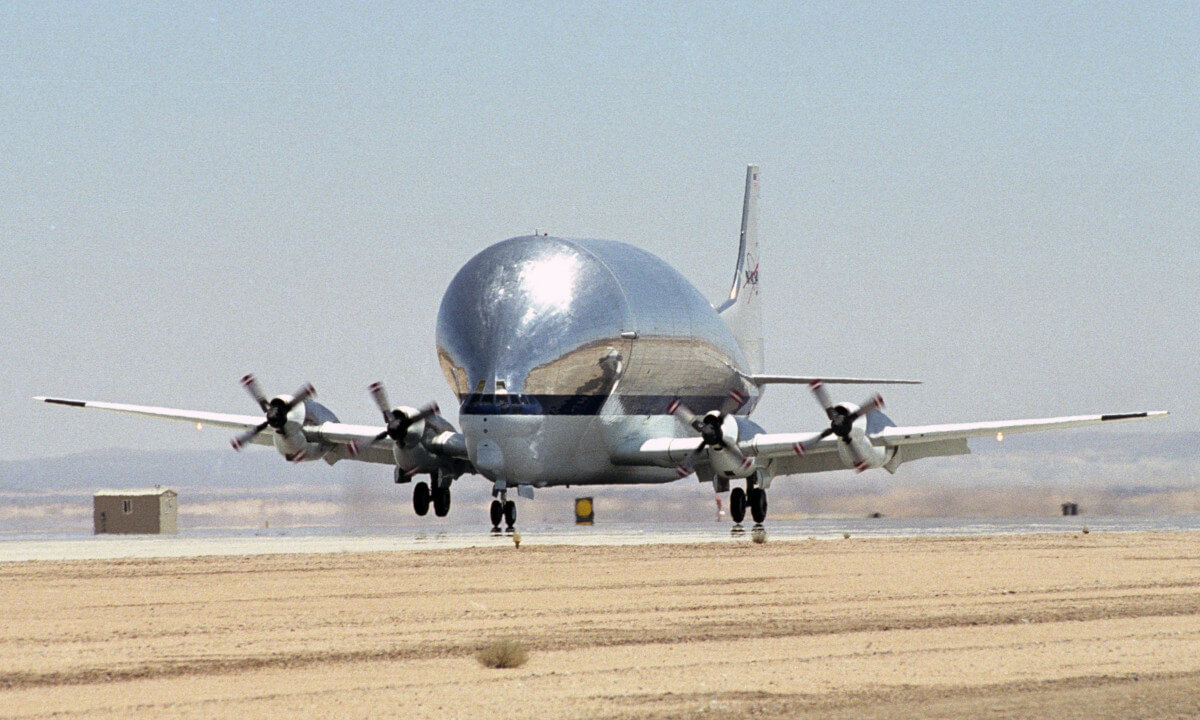 NASA has a Super Guppy plane designed to transport rockets, large types of equipment, and even other aircraft.

Conroy had heard that they were transporting components for future spacecraft. He said they could expand the Stratocruiser's fuselage. In disbelief, NASA officials told Conroy his design made with parts from the Stratocruiser and other planes looked like a "pregnant guppy." However, Conroy was undeterred and later mortgaged his house to create Aero Spacelines International and begin his work.

After two years, the Pregnant Guppy was airborne in California, and Conroy could get permission to fly to NASA's Manned Space Flight Center in Houston for a demonstration. But, while NASA had officially been dubious, the Pregnant Guppy impressed the center's director, and Conroy's aircraft became a valuable asset for NASA. The Pregnant Guppy featured the largest cargo compartment of any aircraft ever built and stretched wide enough to carry the Saturn V rocket for NASA's Apollo program, which took humans to the moon more than 50 years ago. Conroy then upgraded, developing the Super Guppy with lighter and faster engines, pressurization, and an opening at the nose instead of the tail. Nicknamed "Frankenplane," the Super Guppy was also an extra 14 feet in length and a diameter of 25 feet at the cargo bay, with the ability to carry 170,00 pounds,

The Super Guppy began transporting components of the International Space Station to the launch site and has been utilized across many missions. However, while the seemingly top-heavy plane saw success, Conroy was forced to shutter operations in 1972. NASA bought and operated the Super Guppy for more than 30 years, with the last model, the Super Guppy Turbine (SGT), built for French airliner Airbus and the European Space Agency. There were only four made for Airbus, but in a deal, NASA could buy one of the SGTs to replace its old Super Guppy.

The aircraft does not have any modern electronics and requires a crew of six or seven, including pilots, engineers, loadmasters, and maintenance technicians. That said, the SGT has remained in use.

Shrimp's hearts are in their heads.

Cheetahs can accelerate from 0 to 70 km/h in 3 seconds.

In 1945 the first atomic bomb was created and was nicknamed "The Gadget".