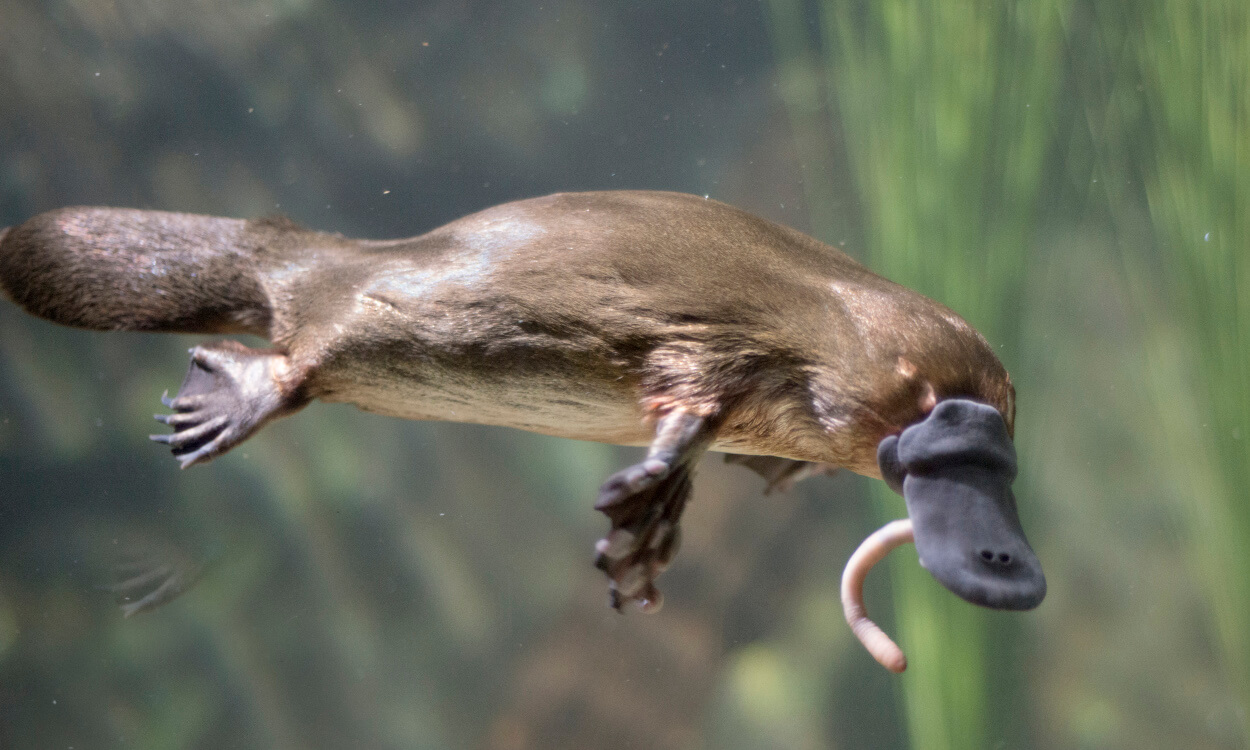 The platypus is among nature's most unlikely animals. In fact, the first scientists to examine a specimen believed they were the victims of a hoax.

The duck-billed platypus considered one of the strangest mammals in the world has become the latest to have its genetic code sequenced, revealing it to be a bizarre mix of mammal, bird, and reptile, with very complex sexuality. While humans have two sex chromosomes, the X and Y, the platypus has 10, with five of each kind.

An international team of scientists extracted DNA from a female platypus, named Glennie, reading all 2.2bn pairs of her genetic "letters". Thought to have begun to diverge from other mammals 170m years ago, the platypus has been regarded as the nearest thing biologists have to a missing link between the earliest reptiles and mammals. It has thick fur and produces milk for its young, yet the females lay eggs and the males produce venom, the only mammals to do so.

When first discovered in Australia in 1798, the beaver-tailed animal caused such bemusement that the zoologist George Shaw declared it could well be a hoax.

A study about them shows the platypus as both an evolutionary relic and pioneer. Chris Ponting, at the Medical Research Council's functional genomics unit at Oxford University, said scientists had had the first chance to see if the platypus's weird appearance was reflected in its DNA: "Lo and behold, we saw genes like those in lizards and birds, as well as some like those in other mammals. It has retained many genes other mammals lost from a time when all mammals looked much like lizards."

Many of the animal's stranger characteristics are now thought to have evolved independently. The venom, which is released from the male's hind leg spurs, is thought to have developed late in the animal's history. And the remarkable electrosensitive bill, which helps the platypus hunt underwater while its eyes and ears are covered, appeared long after the platypus split from its reptilian ancestors.

The fact that the animal has five X and five Y chromosomes is "the weirdest thing about a very weird animal," said Ewan Birney, a co-author on the paper, based at the European Bioinformatics Institute, near Cambridge. "In theory, it means there are 25 possible sexes, though in practice that doesn't happen."