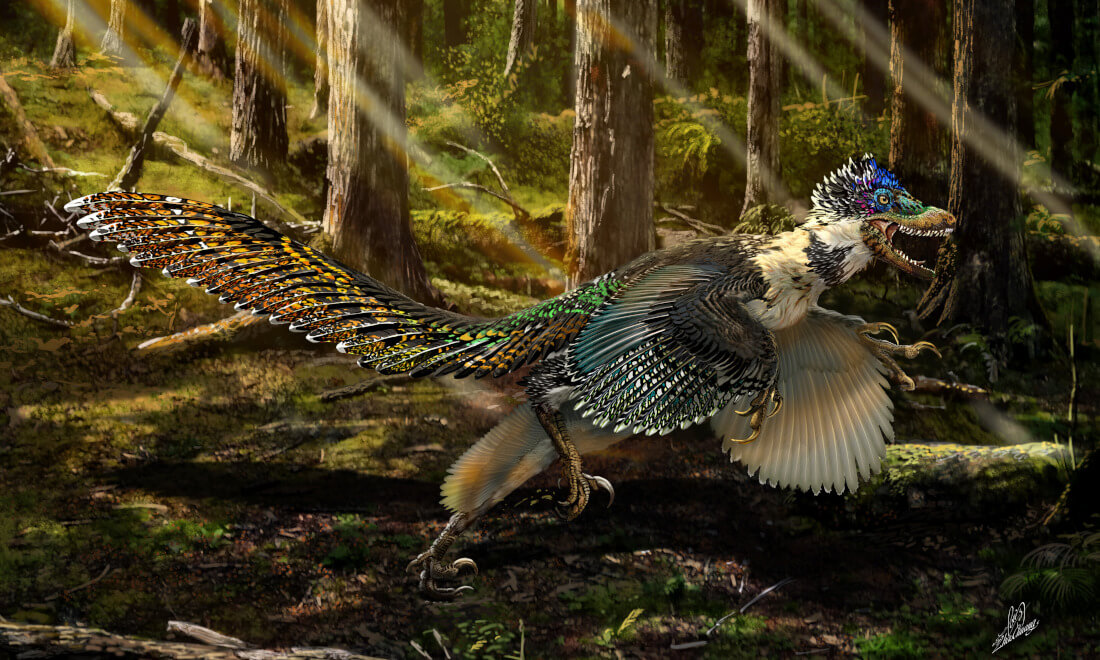 Velociraptors have been misunderstood ever since they were featured in Jurassic Park as giant scaly dinosaurs that hunted in packs and disemboweled prey with sickle-shaped claws. That portrayal got several things wrong. Velociraptors were feathered dinosaurs. They grew up to 100 pounds, about the size of a wolf. And they likely hunted solo—using their claws to clutch rather than slash prey when they roamed central and eastern Asia between about 74 million and 70 million years ago, during the late Cretaceous period.

Researchers have long suspected that Velociraptors were feathered rather than covered with reptilian scales. In 2007, a study published in the journal Science found that a Velociraptor mongoliensis fossil had quill knobs—bumps along its forearm that anchor feather quills to the bone and are common in modern birds.

Unlike many of its avian relatives, however, this dinosaur was Earth-bound. Not only were its arms too short for flying, but Velociraptor’s wishbone, a forked bone between the neck and breast that generally serves as a spring to help birds fly, wasn’t the right shape to support flapping wings. Instead, the 2007 study hypothesized that Velociraptor’s feathers might have been an evolutionary leftover from smaller ancestors that could fly, or they might have served to attract mates, shield nests from the cold, or maneuver while running.

More recently, scientists discovered Velociraptor’s oldest known relative: a three-foot-long fluffy dinosaur named Hesperornithoides miessleri. Covered in feathers and sporting a sickle-shaped claw on each foot, this little hunter lived in the late Jurassic period, about 164 million to 145 million years ago. Though Hesperornithoides miessleri was apparently unable to fly, its existence suggests that dinosaurs began to evolve feathers and wing-like arms millions of years before the first birds appeared.

Velociraptors disappeared from the fossil record about 70 million years ago. A few million years later, a cataclysmic asteroid strike sparked an extinction event that wiped out the non-avian dinosaurs.