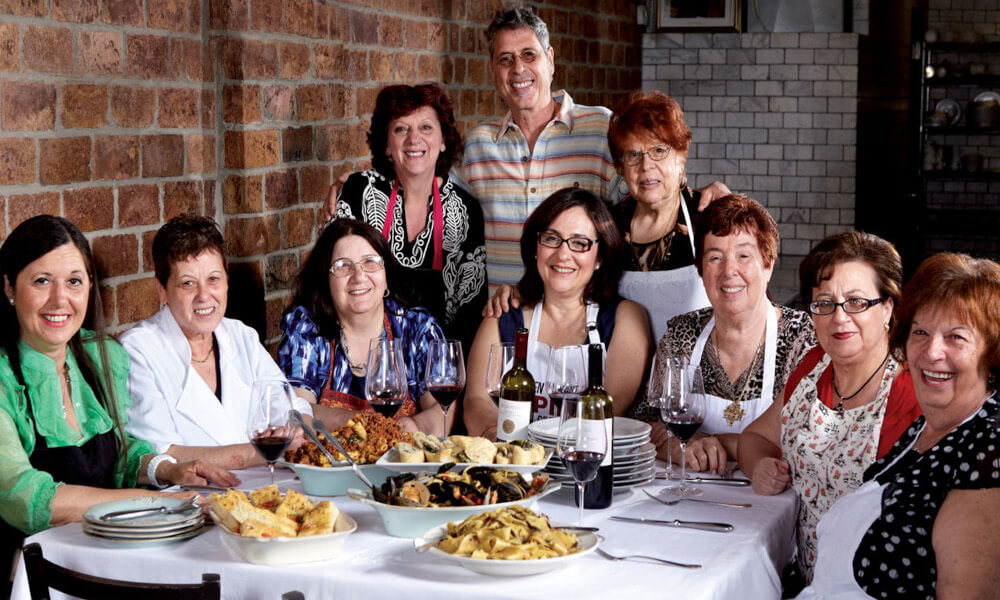 Instead of hiring professional chefs, a New York restaurant employs grandmas from around the world to cook delicious, native cuisines.

At Enoteca Maria, an “Italian” restaurant in New York, half of the menu changes daily. The fixed half is Italian; the rest is left for rotating cuisines from all over the world. And the people calling the shots are not professional chefs; they are grandmothers. Each night, a “nonna” (Italian for grandmother) from a different country designs a fresh menu, honoring her native cuisine.

The hoopla over Enoteca Maria is sort of a happy accident. Joe Scaravella moved to Staten Island from Brooklyn on a whim in 2006. While scoping out local real estate, he fell in love with a storybook cottage on a hill: a century-old Dutch colonial with walnut wood inside and a scenic view.

He bought the house that day by impulse. Soon after moving in, he went on a bread run and noticed an open storefront on Hyatt Street. That is where Enoteca Maria now stands. At the time, Mr. Scaravella had recently lost his mother. His sister and grandmother had also died. “After losing all those matriarchal figures in my life,” he said, “I wanted to try to recreate that, you know, grandma in the kitchen cooking.”

He had no business plan and no restaurant experience. “I was just trying to comfort myself,” said Mr. Scaravella, who named the restaurant after his mother. At the time, he had been working for the Metropolitan Transportation Authority for over a decade. “I work from the heart more than from the head.”

When the restaurant opened, all of the “nonnas” he hired were Italian. In July 2015, Mr. Scaravella brought in the first non-Italian cook, from Pakistan. Though there are many great professionally trained chefs, Mr. Scaravella said, these women offered something different. “When they cook, they’re expressing themselves,” he said of the cooks, many of whom rely on generations-old family recipes. The women share tips and tricks, Mr. Scaravella also said. “For me, it’s a more beautiful interaction,” he said of the pairing. “There’s much more of an exchange of culture and stories and recipes.”

“In the beginning, when we were all Italian nonnas,” he said, “there might have been a little bit of jealousy. You know, who makes the best lasagna, or who makes the best sauce?” The kitchen arrangement also seems to help: A different cook each night is matched with an advocate or a sous chef. There is a distinct difference between a grandmother’s homey kitchen and the nonnas enterprise: A grandmother never turns anyone away.