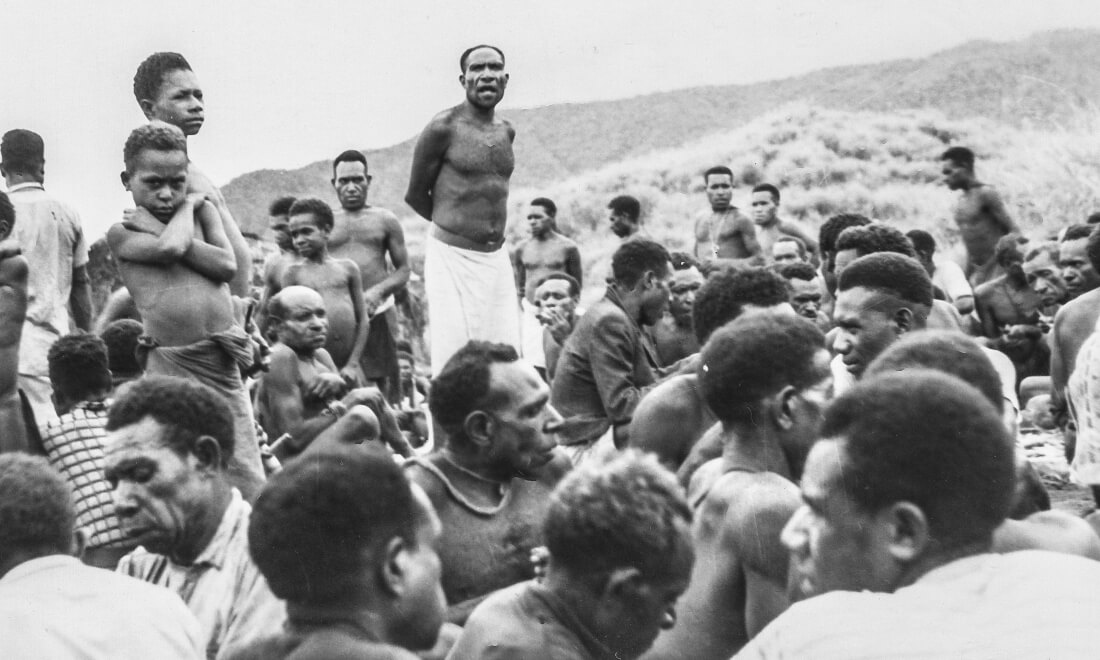 In the 1950s, indigenous peoples of Papua New Guinea suffered from a rare brain disease called Kuru due to the ritual of cannibalism. One of the most distinctive features was uncontrollable laughing fits.

Most of the world didn't know anyone living in the highlands of Papua New Guinea until the 1930s when Australian gold prospectors surveying the area realized there were about a million people. Researchers found something disturbing when they made their way to those villages in the 1950s. Among a tribe of about 11,000 people called the Fore, up to 200 people died of an inexplicable illness a year. They called the disease kuru, which means "shivering" or "trembling."

Once symptoms set in, it was a swift demise. First, they'd have trouble walking, a sign that they were about to lose control over their limbs. They'd also lose control over their emotions, which is why people called it the "laughing death." Within a year, they couldn't get up off the floor, feed themselves, or control their bodily functions. Many locals were convinced it was the result of sorcery. The disease primarily hit adult women and children younger than eight years old. In some villages, there were almost no young women left.

"They were obsessed with trying to save themselves because they knew demographically that they were on the brink of extinction," said Shirley Lindenbaum, a medical anthropologist with the City University of New York. After ruling out an exhaustive list of contaminants, researchers thought it must be genetic. So in 1961, Lindenbaum traveled from village to village, mapping family trees so researchers could settle the issue.

But Lindenbaum, who continues to write about the epidemic, knew it couldn't be genetic because it affected women and children in the same social groups but not in the same genetic groups. She also knew that it had started in villages in the north around the turn of the century and then moved south over the decades.

Lindenbaum had a hunch about what was going on, and she turned out to be right. It had to do with funerals. Specifically, it had to do with eating dead bodies at funerals. In many villages, when a person dies, they are cooked and consumed. It was an act of love and grief. As one medical researcher described, "If the body was buried, it was eaten by worms; if it was placed on a platform, it was eaten by maggots; the Fore believed it was much better than the body was eaten by people who loved the deceased than by worms and insects."

Finally, after urging from researchers like Lindenbaum, biologists came around to the idea that the strange disease stemmed from eating dead people. The case was closed after a group at the U.S. National Institutes of Health injected infected human brains into chimpanzees and watched symptoms of kuru develop in the animals months later.