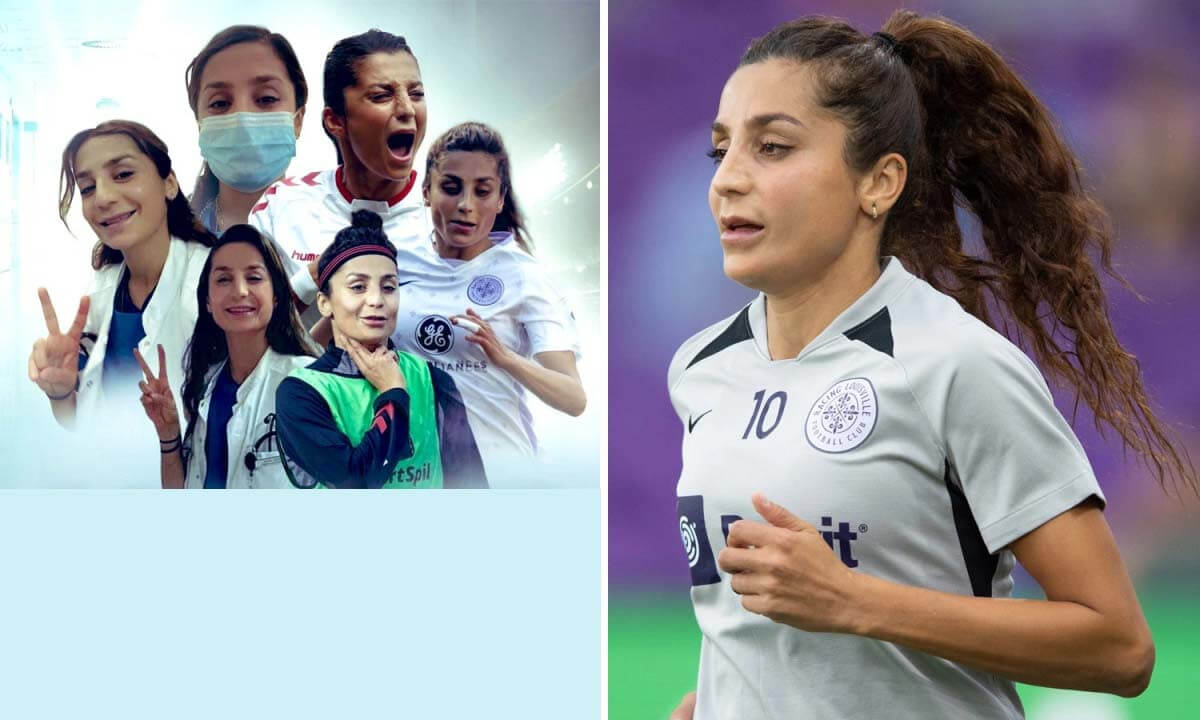 A football heroine Nadia Nadim who rose to the top of the sport has also achieved her dream of becoming a doctor. She had forced to flee Afghanistan after the Taliban executed her father when she was just a kid.

Nadia Nadim has achieved some remarkable feats during a life in which she had forced to flee Afghanistan after the Taliban executed her father. And now the football heroine who rose to the top of the game after arriving in Denmark as a refugee has achieved her dream of becoming a doctor.

Nadim who plays for US women’s side Racing Louisville has spent the last five years juggling her job as a striker with her medical studies. And the former Manchester City ace, who speaks nine languages, took to social media to celebrate her efforts. Qualifying to become a doctor is an incredible milestone for a forward who discovered her passion for football whilst living in a refugee camp in Denmark.

Nadim, who turned 34 this month, was born in Herat, Afghanistan’s third-largest city located west of its capital Kabul. In 2000, her father Rabani, who was an Afghan Army general, was taken into the desert by Taliban forces. Nadim, who was 11 at the time, never saw her father again with the Taliban taking control of the country by brute force. Later the Denmark ace and her family learned that he had been killed.

Nadim’s family was forced to sell nearly all their belongings to fund their escape, including their home. And they managed to reach Pakistan with forged passports before an arduous journey by truck to Italy and then to London before reaching Denmark. Upon their arrival, they were taken to a refugee camp in the countryside. It was there the Racing Louisville star spotted a group of girls playing football, a moment that sparked her interest in the game which transformed her life.

After her family was given asylum in Denmark, Nadim set her heart on becoming a pro. Nadim’s form in front of goal saw her seal a 2018 switch to the Women’s Super League and Manchester City. The striker departed for Paris-Saint Germain in 2019 where she became vice-captain before her transfer to Racing Louisville in June last year.

Off the pitch, Nadim has emerged as a vocal supporter of women’s and girls’ rights in Afghanistan. She helped to raise £29,000 for UN Women and local organizations. Hundreds are thought to have left following the Taliban’s restrictions and curbs on their freedoms.

After flying just once over Mexico City, artist Stephen Wiltshire drew the entire cityscape from memory on a 13-foot canvas.

Sabrina Gonzalez Pasterski is one of the leading theoretical physicists in the world. Her work has been cited by the great theorist Stephen Hawking. And she is called "New Einstein".

Robin Williams would demand that any company hiring him for an event or film should also hire a specified number of homeless people.

Zhong Quanbin, a young university teacher in Taiwan, got huge attention thanks to his incredibly detailed anatomical blackboard drawings with a piece chalk and a ruler.