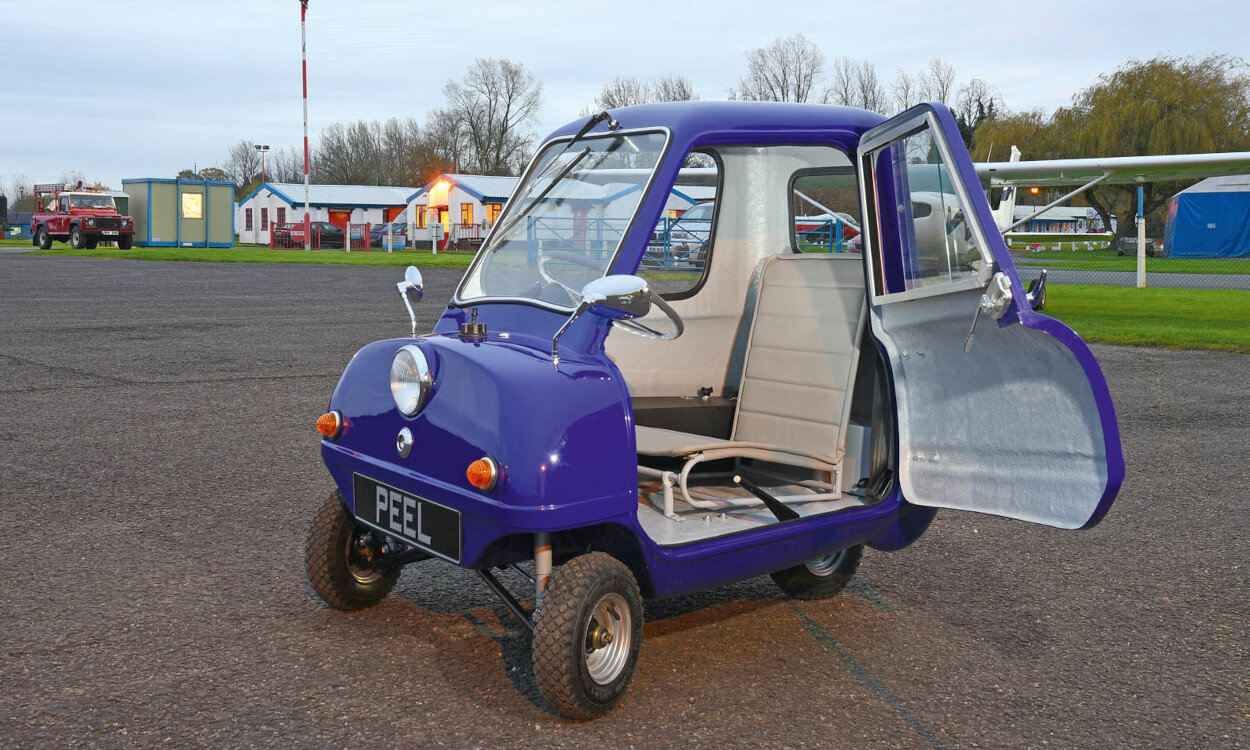 The Peel P50 became one of the most famous microcars in the world thanks to its inclusion in the Guinness Book of World Records in 2010 as the world’s smallest production car.

The Peel P50 is a three-wheeled microcar originally made from 1962 to 1965 by the Peel Engineering Company on the Isle of Man, and then from 2011. It was listed in the 2010 Guinness World Records as the smallest production car ever made. The original model has no reverse gear, but a handle at the rear allows the very lightweight car to be maneuvered physically when required.

In 2010 Peel Engineering Ltd. in England reinstated manufacturing of the P50 and Trident models from its premises in Sutton-in-Ashfield, England. Externally this car is very similar to the original, with the same dimensions and kerb weight as the original, but with mechanical differences in the suspension, steering, and drive-train, and a fully functioning reverse gear, ensuring they are road-legal under today's rules. Production included petrol models with a 49 cc four-stroke engine and electric models with an electric moped motor and gelled-electrolyte batteries. The top speed of both cars is about 28 mph (45 km/h).