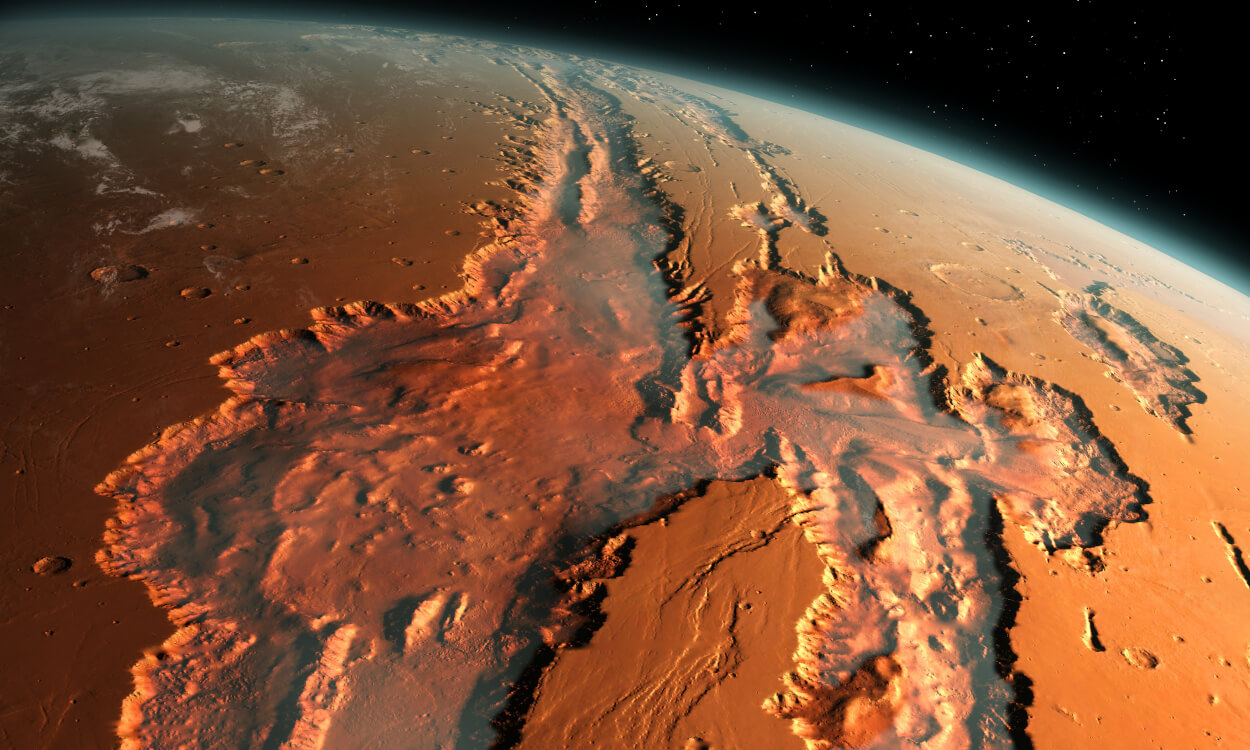 The Hidden Water on Mars

Scientists made a historic discovery on Mars in 2021. Significant amounts of water are hiding inside the Red Planet. The water likely exists as ice, making the region ripe for future exploration.

The Hidden Water on Mars

An enormous cache of water has been found just a few feet beneath the surface of Mars. The European Space Agency's ExoMars orbiter has discovered "significant amounts of water" in the Valles Marineris canyon, the largest known canyon in the solar system. According to the researchers, 40 percent of the near-surface material of the 15,830 square miles (41,000 square kilometers) region could be water ice.

Data beamed back from the Trace Gas Orbiter's (TGO) Fine-Resolution Epithermal Neutron Detector (FREND) instrument found unusually high levels of hydrogen, which alongside oxygen makes up water, at a site called Candor Chaos, a Netherlands-size region located at the heart of Valles Marineris. Since life on Earth is highly dependent on water, evidence of water on Mars could be a vital clue that the planet was once home to life, or that life could still be there.

The Valles Marineris canyon is a gigantic tectonic crack in the Martian surface smoothed out and broadened by erosion from wind and possibly water. The canyon is more than 2,500 miles (4,000 kilometers) long and 5 miles (8 km) deep, making it 10 times longer and five times deeper than Arizona's Grand Canyon. According to NASA, if the Valles Marineris were on Earth, the gigantic canyon would stretch across the continental United States from New York to California.

Whatever form the water may take, the discovery has identified a large, easily-explorable reservoir of water that future rovers could land near and investigate both for water and for signs of life.