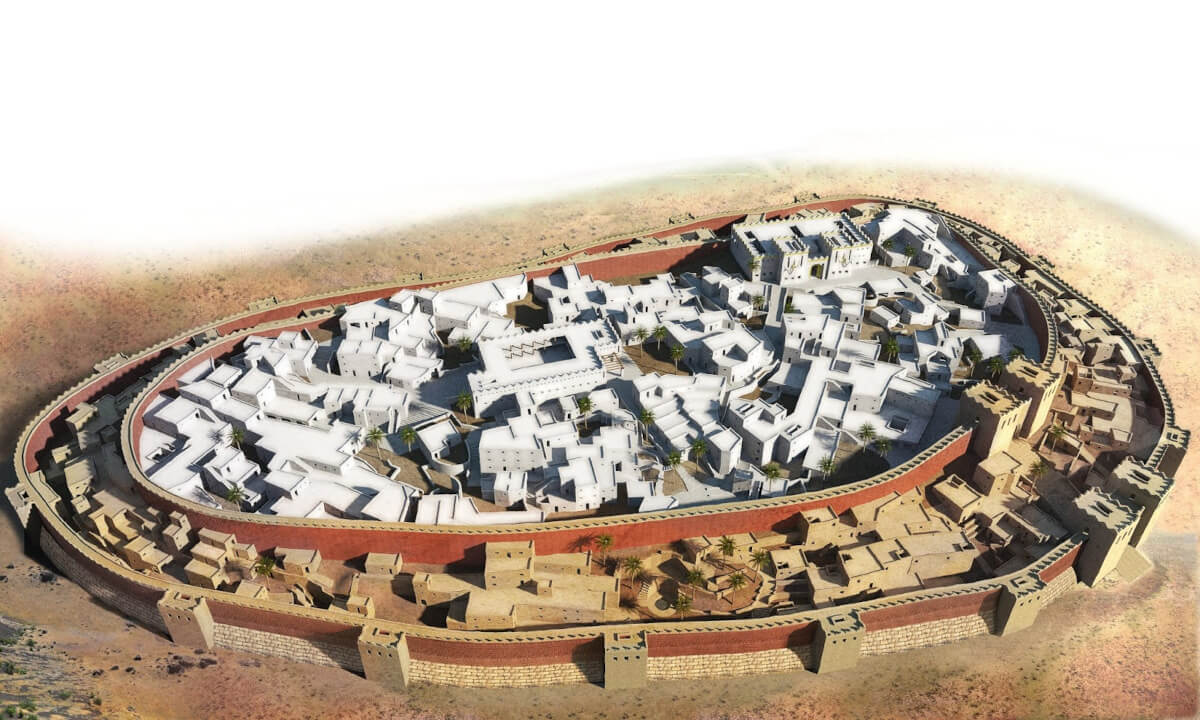 The ancient city of Jericho (in Palestine) is the world's oldest walled city, with evidence of stone fortifications dating back nearly 9000 years.

Jericho town is located in the West Bank. Jericho is one of the earliest continuous settlements in the world, dating perhaps from about 9000 BCE. Archaeological excavations have demonstrated Jericho’s lengthy history. The city’s site is of great archaeological importance; it provides evidence of the first development of permanent settlements and thus of the first steps toward civilization. Traces have been found of visits of Mesolithic hunters, carbon-dated to about 9000 BCE, and of a long period of settlement by their descendants. By about 8000 BCE the inhabitants had grown into an organized community capable of building a massive stone wall around the settlement, strengthened at one point at least by a massive stone tower. The size of this settlement justifies the use of the term town and suggests a population of some 2,000–3,000 persons. This first Neolithic culture of Palestine was a purely indigenous development.

These occupants were succeeded about 7000 BCE by a second group, bringing a culture that was still Neolithic and still not manufacturing pottery, though it was not indigenous. This occupation probably indicates the arrival of newcomers from one of the other centers, possibly in northern Syria, in which the Neolithic way of life, based on agriculture had developed. This second Neolithic stage ended about 6000 BCE. For the next 1,000 years, there is little evidence of occupation at Jericho. Only about 5000 BCE did Jericho show the influences of developments that had been taking place in the north, where an ever-increasing number of villages had appeared, still Neolithic but marked by the use of pottery. The first pottery users of Jericho were, however, primitive compared with their predecessors on the site, living in simple huts sunk in the ground. They were probably mainly pastoralists. Over the next 2,000 years, occupation was sparse and possibly intermittent.

At the end of the 4th millennium BCE, an urban culture once more appeared in Jericho, as in the rest of Palestine. Jericho became a walled town again, with its walls many times rebuilt. About 2300 BCE there was once more a break in urban life. The nomadic newcomers, consisting of several different groups, were probably the Amorites. Their successors, about 1900 BCE, were the Canaanites, sharing a culture found the whole length of the Mediterranean littoral. The Canaanites reintroduced town life, and excavations have provided evidence both of their houses and of their domestic furniture, which was found in their tombs as equipment of the dead in the afterlife. These discoveries have indicated the nature of the culture that the Israelites found when they infiltrated Canaan and that they largely adopted.