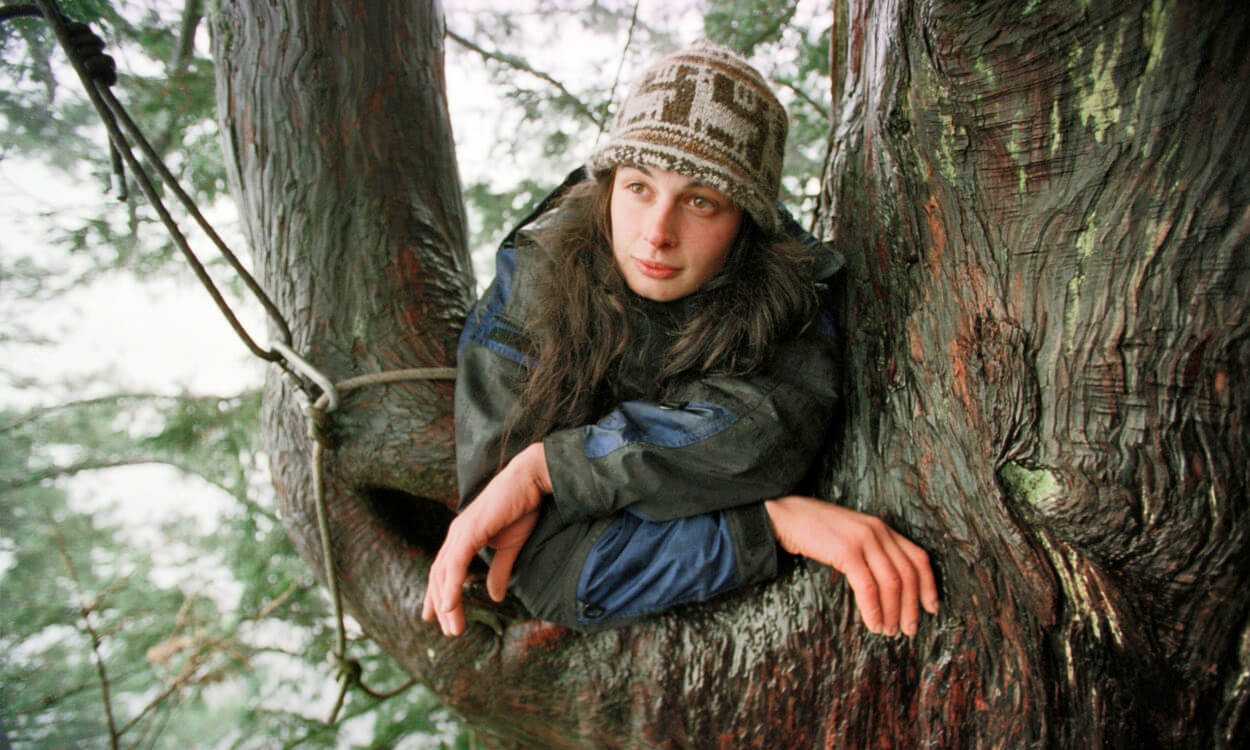 Environmental activist Julia Hill lived in a 1500-year-old California redwood tree for 738 days to prevent it from being chopped down by a company. She successfully saved the tree.

Julia Lorraine Hill is an American environmental activist and tax redirection advocate. On December 10, 1997, Hill ascended the redwood tree to a height of 180 feet (55 m). Hill lived on two 6-by-4-foot (1.8 by 1.2 m) platforms for 738 days. Luna's trunk was her sidewalk and exercise treadmill. Hill learned many survival skills while living in Luna, such as "seldom washing the soles of her feet, because the sap helped her feet stick to the branches better."

A resolution was reached in 1999 when the Pacific Lumber Company agreed to preserve Luna and all trees within a 200-foot (61 m) buffer zone. In exchange, Hill agreed to vacate the tree. In addition, the $50,000 that Hill and other activists raised during the cause was given to the logging company, as stipulated by the resolution. The $50,000 Earth First! paid to Pacific Lumber was then donated to Humboldt State University as part of the agreement for research into sustainable forestry.
Hill and the events were featured in the 2010 Michael P. Henning documentary film Hempsters: Plant the Seed.

Vandals later cut the tree with a chainsaw. A gash in the 200-foot (61 m)-tall redwood was discovered in November 2000 by one of Hill's supporters. Observers at the scene said the cut measured 32 inches (810 mm) deep and 19 feet (5.8 m) around the base, somewhat less than half the circumference of the tree. The gash was treated with a herbal remedy, and the tree was stabilized with steel cables. As of spring 2007, the tree was doing well with new growth each year. Caretakers routinely climb the tree to check its condition and to maintain the steel guy wires.