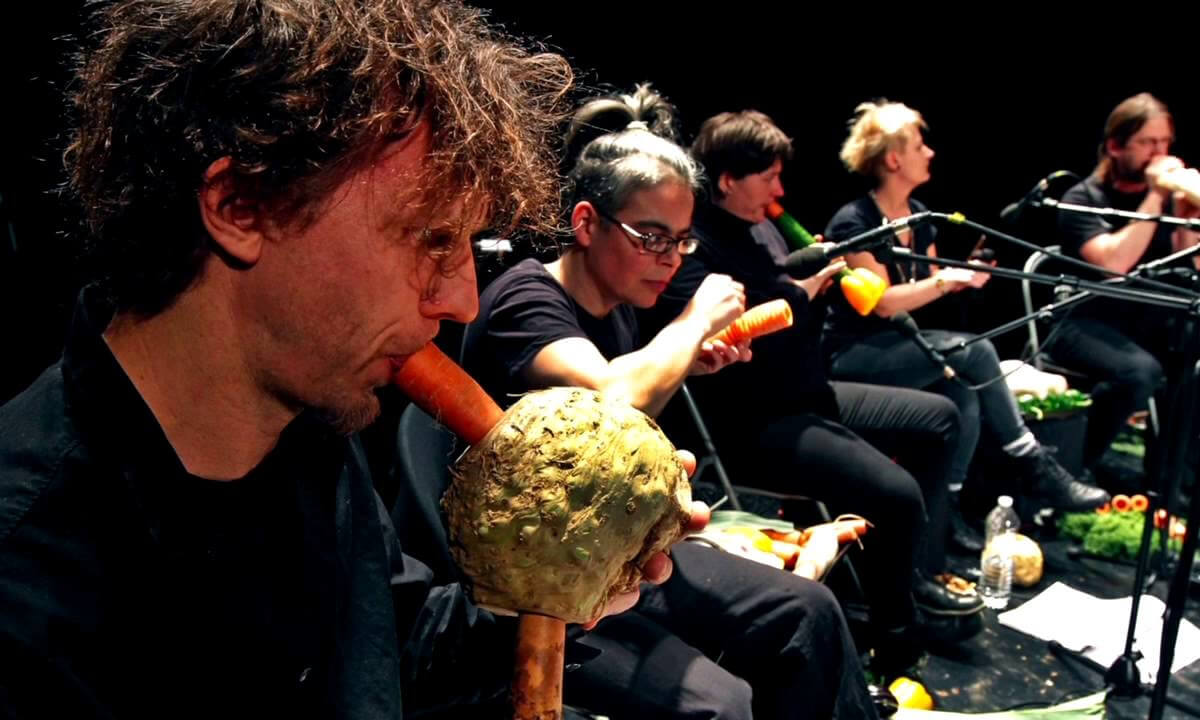 The Vegetable Orchestra is an Austrian musical group that uses instruments made entirely from fresh vegetables.

The group, founded in February 1998 in Vienna, consists of ten musicians, one cook, and one sound technician. The members of the ensemble are all active in various artistic areas (for example trained musicians, sound poets, sculptors, media artists, designers, and architects) and have worked together on conceptualizing and carrying out their projects.

The interdisciplinary approach is a crucial factor in researching and further developing vegetable music. The intention is to create a sonorous experience that can be perceived with all senses.

The instruments are constructed with carrots, celery, peppers, squash, zucchini, and other raw vegetables prior to the performances. Their sound is amplified with the use of special microphones. Following the performances, the leftover vegetables and off-cuts are cooked into a soup for the audience.

The group performs and an average of 20-30 shows a year and has toured Europe, the United States, and Asia, playing gallery openings, exhibitions, community events, and headlining their own shows.
They received a Guinness World Record for "Most concerts by a vegetable orchestra", for 77 performances by a group of musicians playing with instruments constructed out of vegetables, having performed in venues worldwide from April 1998 to September 2012.