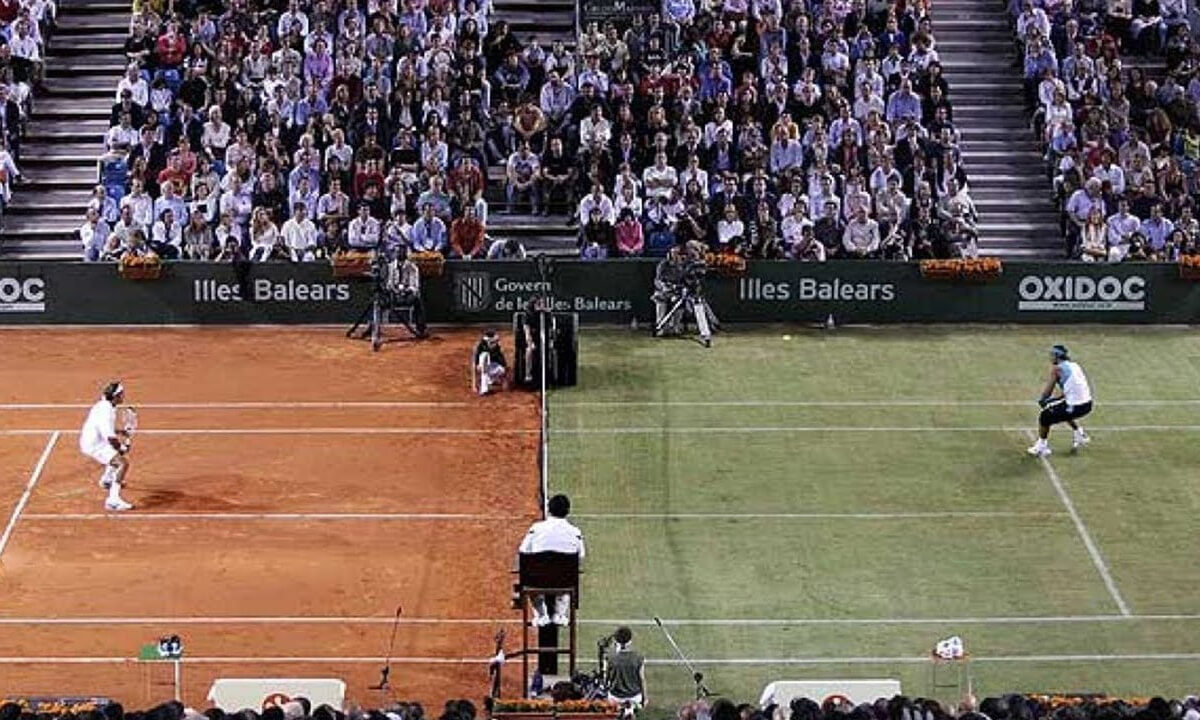 The Battle of The Surfaces

In 2007, Rafael Nadal The King of Clay faced off against Roger Federer The Master of Grass in an epic exhibition match. Nadal managed to win on the half clay-half grass court.

The Battle of The Surfaces

The Battle of Surfaces was a men's tennis exhibition match that was held on May 2, 2007, between Roger Federer, the then top-ranked men's singles player, and Rafael Nadal, the then World No. 2 in men's singles. The match was played in the capital city of Nadal's home island, Palma de Mallorca, in front of a home crowd at Palma Arena. Nadal won 7–5, 4–6, 7–6(12–10).

Before the match, Federer said, "We are both looking forward to this absolutely new event. The idea really appeals to me as we both dominate one of the surfaces. Rafa holds the record of 72 victories in a series on clay and I have not been defeated on grass since 48 matches. It'll be fun to find out what it's like to play on a court with mixed surfaces! And it ought to be interesting to see who chooses the better tactic. People have been talking about this event for quite a while. Now it's coming up pretty soon already and I like the fact that the stadium - which is very nice, by the way - is located on Majorca, Rafa's home. He has been to Basel, after all, and now I've got the opportunity to play at his place for once."

After the match, Nadal said, “It has been a nice experience, although before the match I thought it would be a disaster because I felt it would be very difficult for me to adapt to the court."