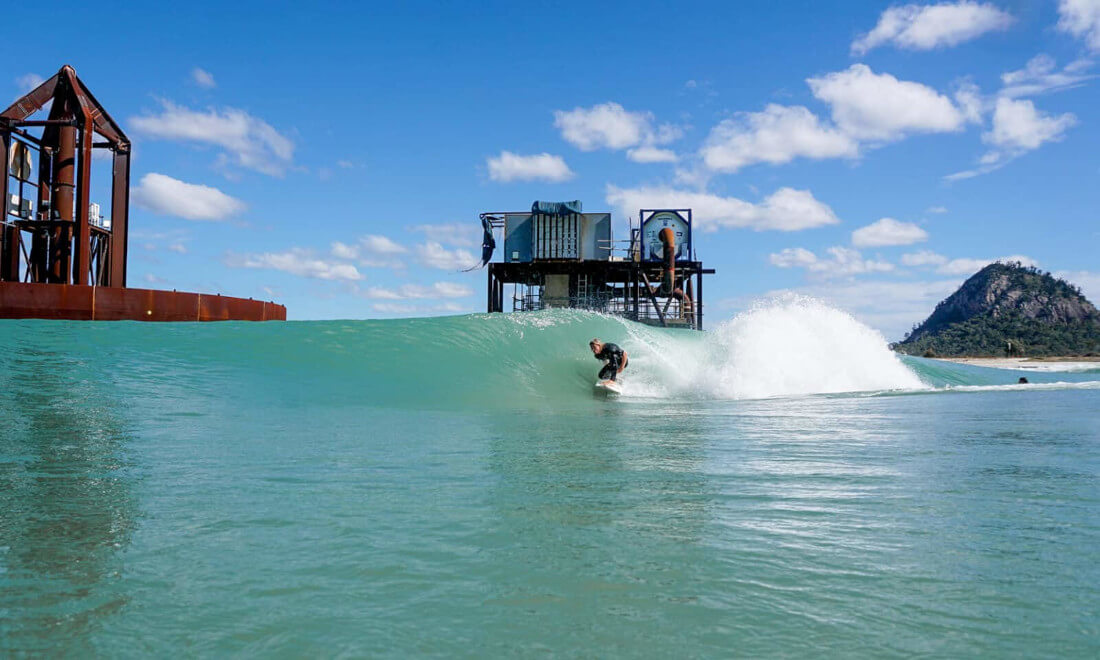 There are surf lake facilities that produce high-quality surfing waves in a controlled lake environment. A facility is capable of generating over 2000 waves per hour.

Surf Lakes, with its post-apocalyptic, Mad-Max-looking technology, is the most unique surf pool coming to market. Rather than plow water or push air to create waves, Surf Lakes literally uses a massive plunger to create a “ring” of set waves, which then unload on different bottom contours concurrently. While it might be crazy-looking, it works. And very well. In the 13-minute clip above, called “Pumped”, you’ll hear from surfers like Macy Callaghan, Luke Hynd, Dean Morrison, and more.

Surf Lakes has invented a revolutionary, proprietary method of producing high-quality surfing waves in a controlled lake environment. By sending large concentric waves over separate reef breaks, a Surf Lakes XL facility is capable of producing over 2000 waves per hour. Each wave varies in size, shape, and length, allowing surfers of all abilities to surf at once.

The science and engineering behind Surf Lakes are truly revolutionary. Unique bathymetric designs of the pool floor mimic nature and help to produce ocean-like waves. The floor design interacts with our patented wave mechanism where one central swell generates up to 10 separate waves to the surrounding reefs and beach breaks. Surf Lakes XL facilities are similar to a ski resort, with waves color-coded based on their level of difficulty.

Beginners can feel safe and secure knowing which waves to surf as they learn and improve their skills, in a controlled environment. The beauty of design means you don’t have to wait for a specific session that suits you. It produces waves that suit all levels of ability simultaneously.