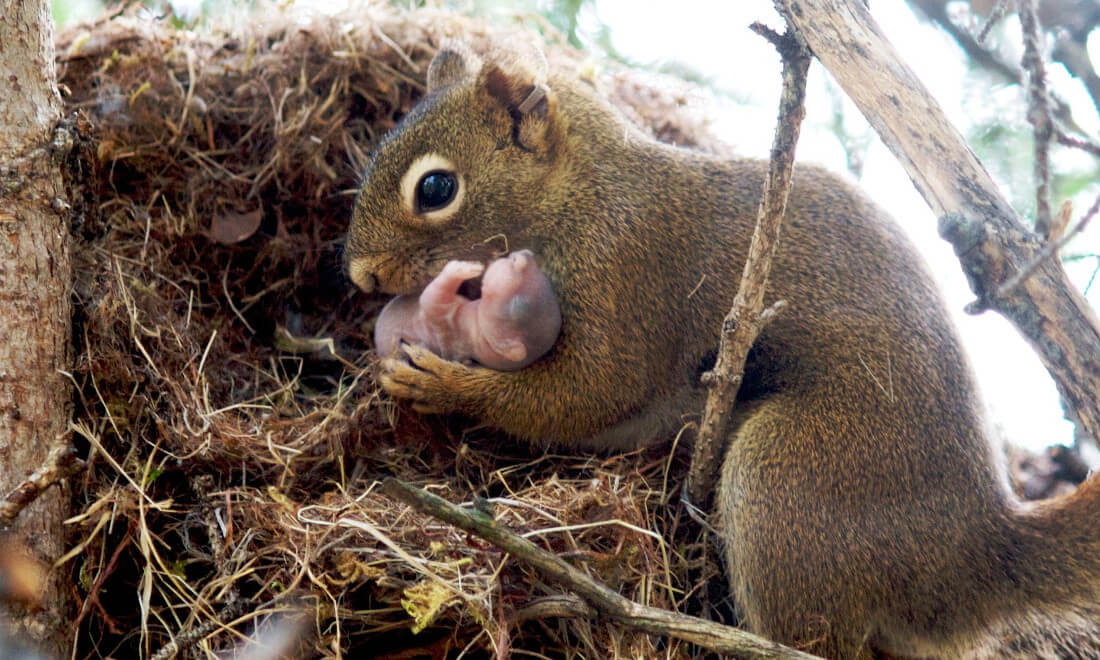 Squirrels will adopt another squirrel's baby if its parents are lost or unable to take care of it.

Squirrels will take in orphaned pups if the babies are closely related to the adoptive mother, according to new research. Although adoptions occur among species that live in extended family groups, it's much less common among asocial animals, such as squirrels, who are territorial, live alone, and rarely interact with one another. The study also shows squirrels are able to assess which pups they are related to before determining whether to adopt.

"Social animals, including lions and chimpanzees, are often surrounded by relatives, so it's not surprising that a female would adopt an orphaned family member because they have already spent a lot of time together," said McAdam, an evolutionary biologist. "But red squirrels live in complete isolation and are very territorial. The only time they will allow another squirrel on their territory is the one day a year when the females are ready to mate or when they are nursing their pups."

But the study, published in Nature Communications, also found that squirrels have their altruistic limits. They will adopt only if the orphans are related, and even then it's a rare occurrence. Over two decades, the research team has come across only five cases of adoption. "That's five cases out of the thousands of litters that have been born since the project began," said McAdam. "Adoption does happen, but it's rare."