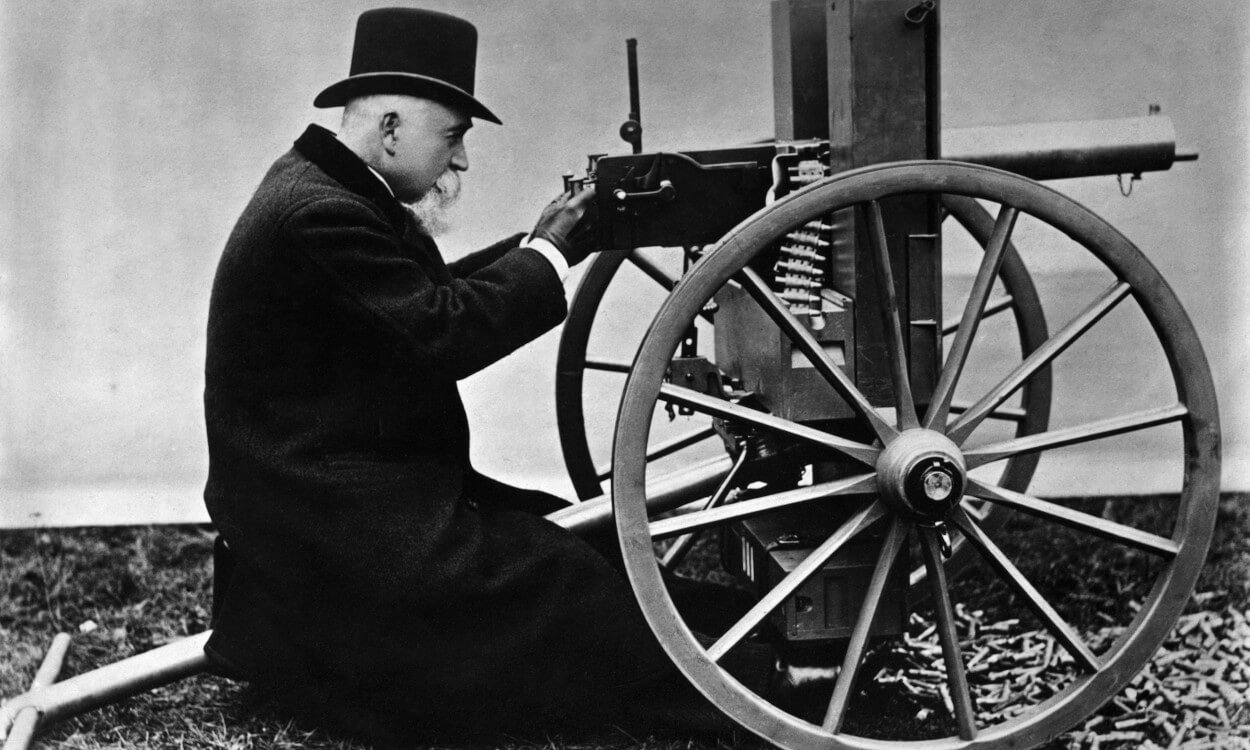 The Origin of The Silencer

The Origin of The Silencer

Sir Hiram Stevens Maxim was an American-British inventor best known as the creator of the first automatic machine gun, the Maxim gun. As a child, Maxim had been knocked over by a rifle's recoil, and this inspired him to use that recoil force to automatically operate a gun. Between 1883 and 1885 Maxim patented gas, recoil, and blowback methods of operation.

After moving to England, he settled in a large house formerly owned by Lord Thurlow in West Norwood where he developed his design for an automatic weapon, using an action that would close the breach and compress a spring, by storing the recoil energy released by a shot to prepare the gun for its next shot. He thoughtfully ran announcements in the local press warning that he would be experimenting with the gun in his garden and that neighbors should keep their windows open to avoid the danger of broken glass.

Maxim founded an arms company with financial backing from Edward Vickers to produce his machine gun in Crayford, Kent, which later merged with Nordenfelt. Subsequently, part of the Barrow Shipbuilding Company purchased by Vickers Corporation in 1897, formed 'Vickers, Son & Maxim'. Their improved development of the Maxim gun design, the Vickers machine gun, after Maxim's resignation from the board in 1911 on his 71st birthday, was the standard British machine gun for many years. With arms sales led by Basil Zaharoff, variants of the Maxim gun were bought and used extensively by both sides during World War I.

In his later years, Maxim became profoundly deaf, as his hearing had been damaged by years of exposure to the noise of his guns. His son Hiram Percy Maxim followed in his father's and uncle's footsteps and became a mechanical engineer and weapons designer as well, but he is perhaps best known for his early amateur radio experiments and for founding the American Radio Relay League. His invention of the "Maxim Silencer" for noise suppression came too late to save his father's hearing.