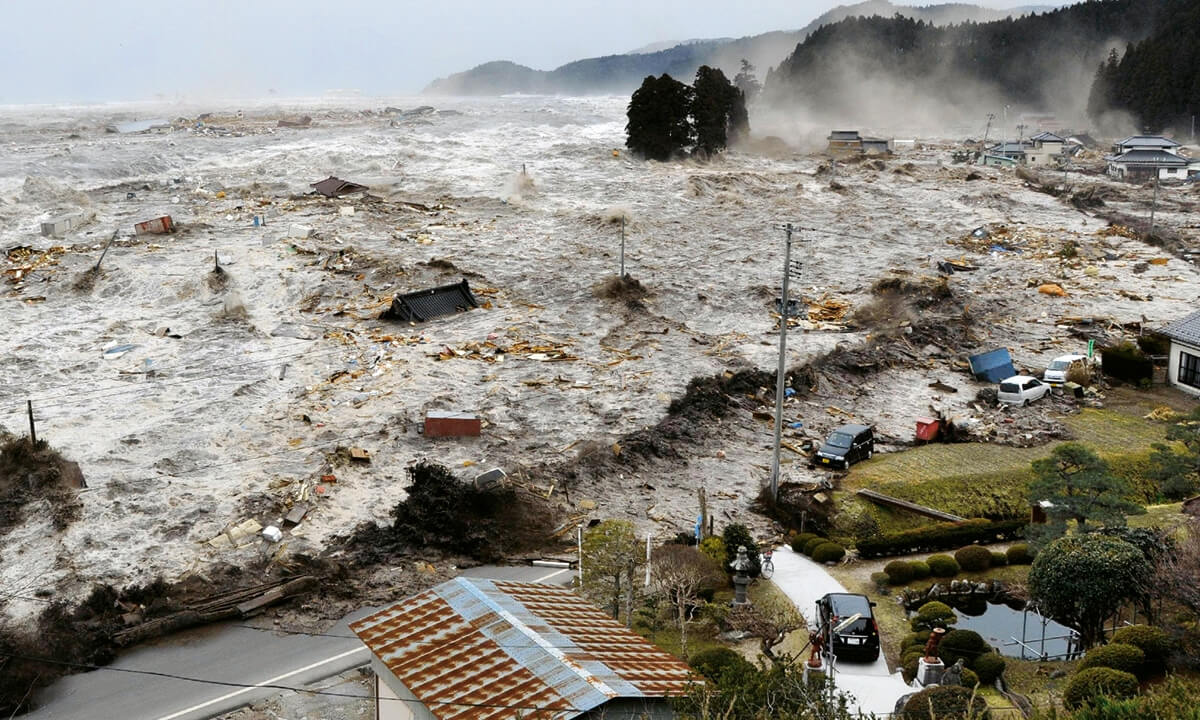 Tsunamis can move at speeds over 500 mph. A tsunami only becomes hazardous when it approaches land. The wavelength decreases, the height increases, and currents intensify.

A tsunami is a series of extremely long waves caused by a large and sudden displacement of the ocean, usually the result of an earthquake below or near the ocean floor. This force creates waves that radiate outward in all directions away from their source, sometimes crossing entire ocean basins. Unlike wind-driven waves, which only travel through the topmost layer of the ocean, tsunamis move through the entire water column, from the ocean floor to the ocean surface.

Once a tsunami forms, its speed depends on the depth of the ocean. In the deep ocean, a tsunami can move as fast as a jet plane, over 500 mph, and its wavelength, the distance from crest to crest, maybe hundreds of miles. Mariners at sea will not normally notice a tsunami as it passes beneath them; in deep water, the top of the wave rarely reaches more than three feet higher than the ocean swell.

A tsunami only becomes hazardous when it approaches land. As a tsunami enters shallow water near coastal shorelines, it slows offsite links to 20 to 30 mph. The wavelength decreases, the height increases, and currents intensify.

When they strike land, most tsunamis are less than 10 feet high, but in extreme cases, they can exceed 100 feet near their source. A tsunami may come onshore like a fast-rising flood or a wall of turbulent water, and a large tsunami can flood low-lying coastal areas more than a mile inland.