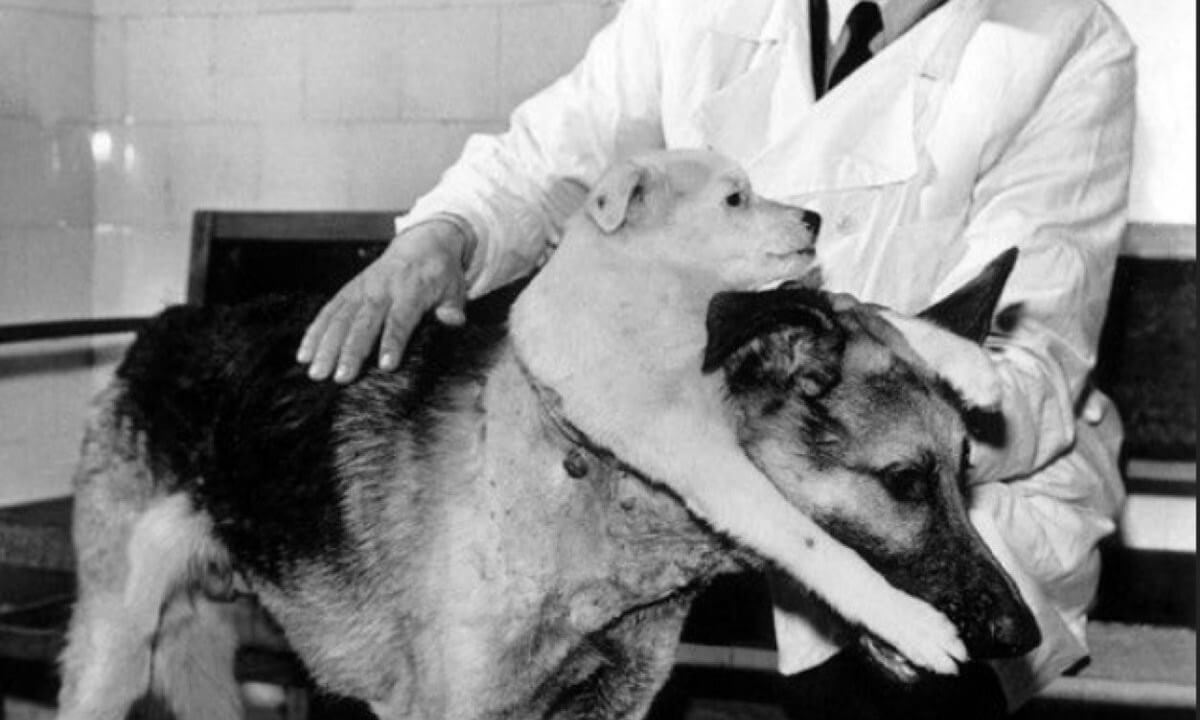 A Soviet scientist Vladimir Demikhov was known for being a pioneer in organ transplantation. He saw much success in transplanting many vital organs between dogs also tried to create a two-headed dog.

Dr. Vladimir Demikhov was a true pioneering surgeon that tried to find better ways to improve the death rate for common surgeries as well as prove to the world that a foreign organism can be compatible with another one.

In 1948, Demikhov was doing research, trying to prove that a single organism’s blood circulation system is strong enough to support another foreign organism, in this case, another head as the brain requires a high amount of blood and oxygen to function properly. In the same year, he wrote some theoretical papers about the “surgical combination of two animals with the creation of a single circulation”.

Demikhov chose two different subjects, a German Shepard that Demikhov named Brodyaga (tramp in Russian) and a smaller dog which he named Shavka. The procedure would have Brodyaga as the host and Shavka would be the dog supplying the neck and head which would be attached to the host.

The idea was to amputate the lower body of Shavka in order to keep her own heart and lungs connected until the last minute before the procedure to take place. Whilst all of this was happening, an incision to Brodyaga’s neck would be made where the upper body of Shavka would be attached (this includes the head, neck, and upper limbs). The rest of the surgery was vascular reconstruction.

Sadly, this two-headed dog lived only for 4 days due to a vein accidentally being damaged in the neck. If this accident would have not taken place, Demikhov said that the dog could have lived even up to 40 days.