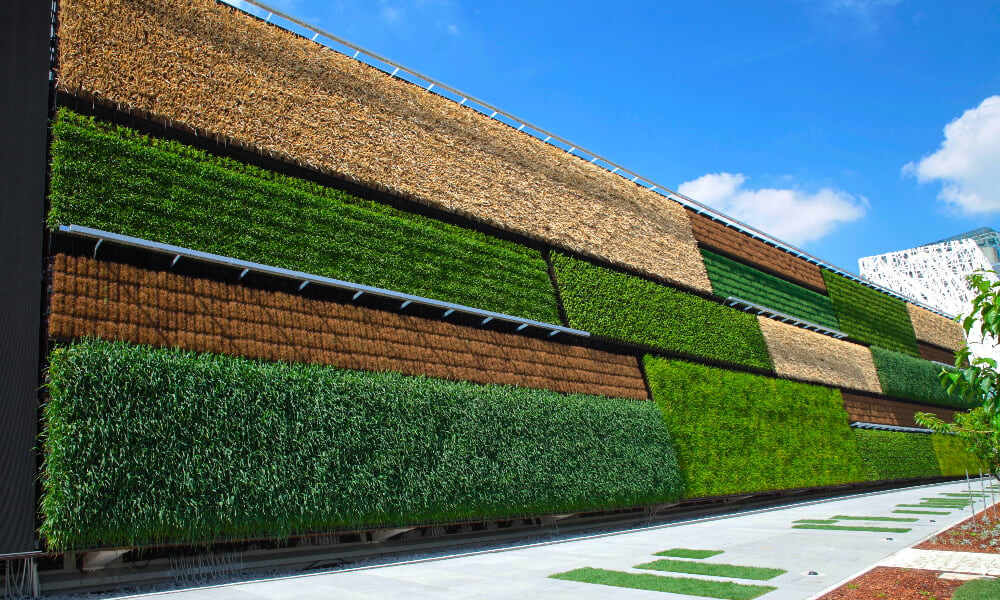 A company in Israel developed vertical gardens named "Green Walls" which is the way to nourish urban societies of the future.

Guy Barness is CEO of the aptly named company GreenWall Israel, which creates unique vertical plant installations, including an 840-square-meter (9,000-square-feet) vertical farm. The separate blocks of plants, which can be arranged and rearranged at whim, are the company’s trademark vertical garden system.

‘As a kid, I always loved Legos, and this is just like Legos,” Guy Barness said excitedly as he stacked a block of succulent plants on top of a block of grass, next to a block of ornamental plants, on a wall designed to hold vertical gardens, or green walls if you will.

The current refugee crisis has highlighted the immediacy of the issue. Refugees now flooding into Europe overwhelmingly move to cities. This leads to overcrowding and a strain on resources as urban centers struggle to absorb tens of thousands or even hundreds of thousands of people. But Barness believes vertical gardens could feed and employ refugees around the world.

Vertical gardens are part of a worldwide trend looking for ways to marry technology and agriculture in an attempt to feed an ever-expanding global population.